Dread Pirate Roberts had finished her bath and moved slightly closer to the dock to finish grooming. 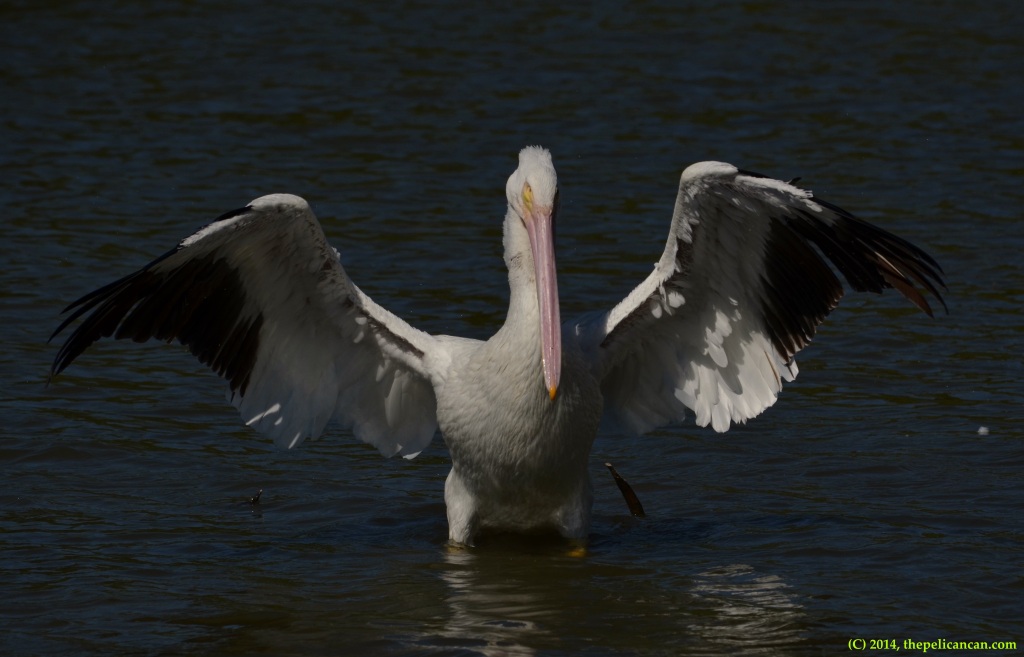 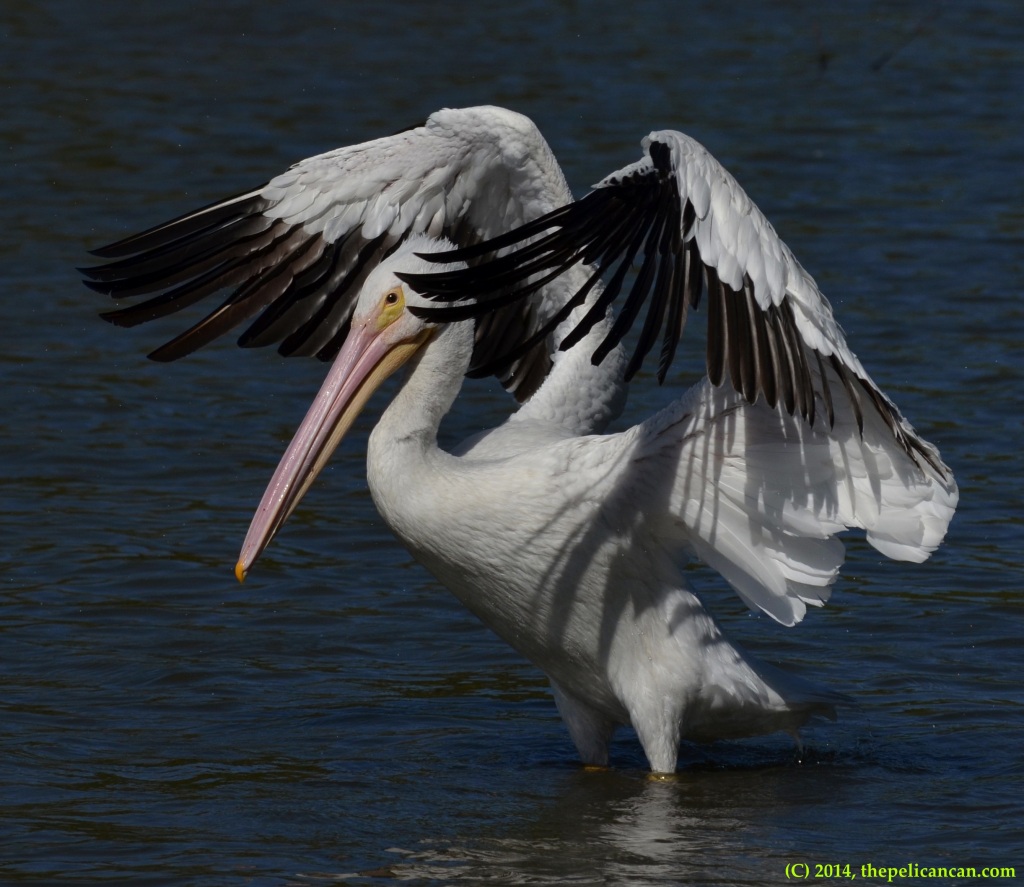 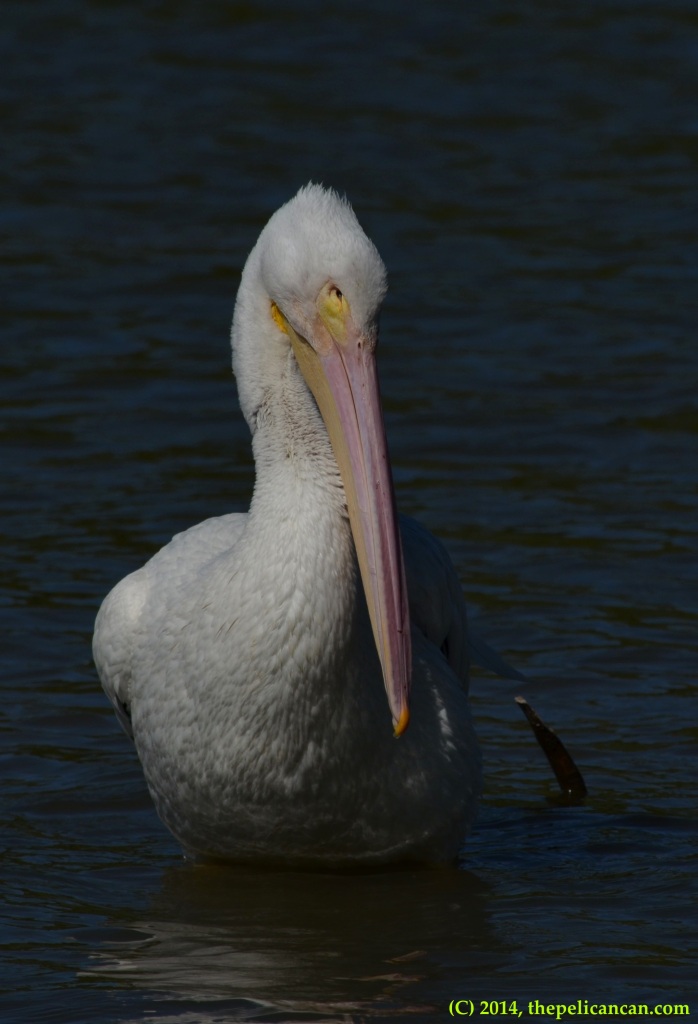 Watch Pirate show off her Halloween costume as a plague doctor! 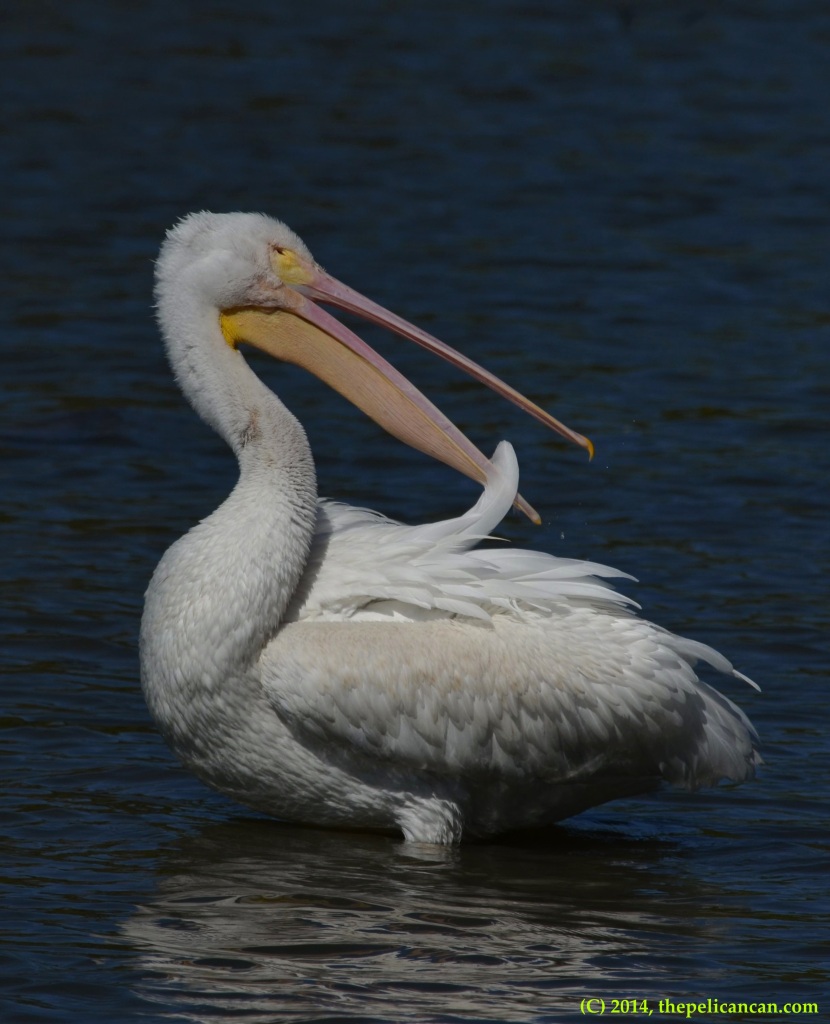 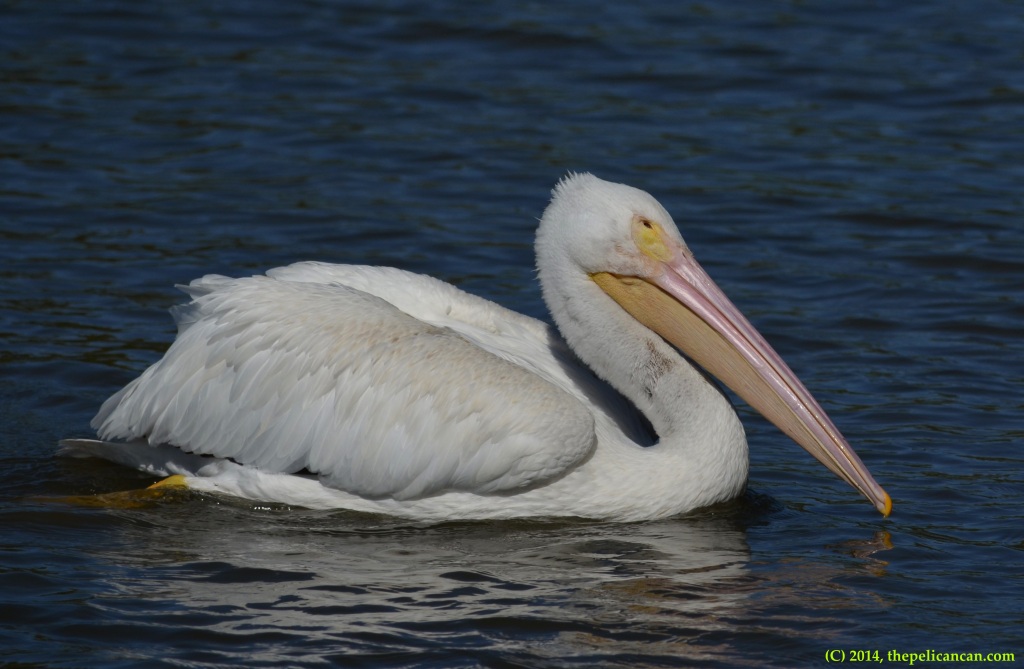 Watch Pirate get sick of this shit and swim to the Shore Log!

As Pirate performed her repertoire, Lady Katherine completed a grooming session and capped it off by rising out of the water with a full-flap.

Lady Katherine doesn’t always flap after grooming, but she has done it enough that K used to watch her very carefully every time she groomed. 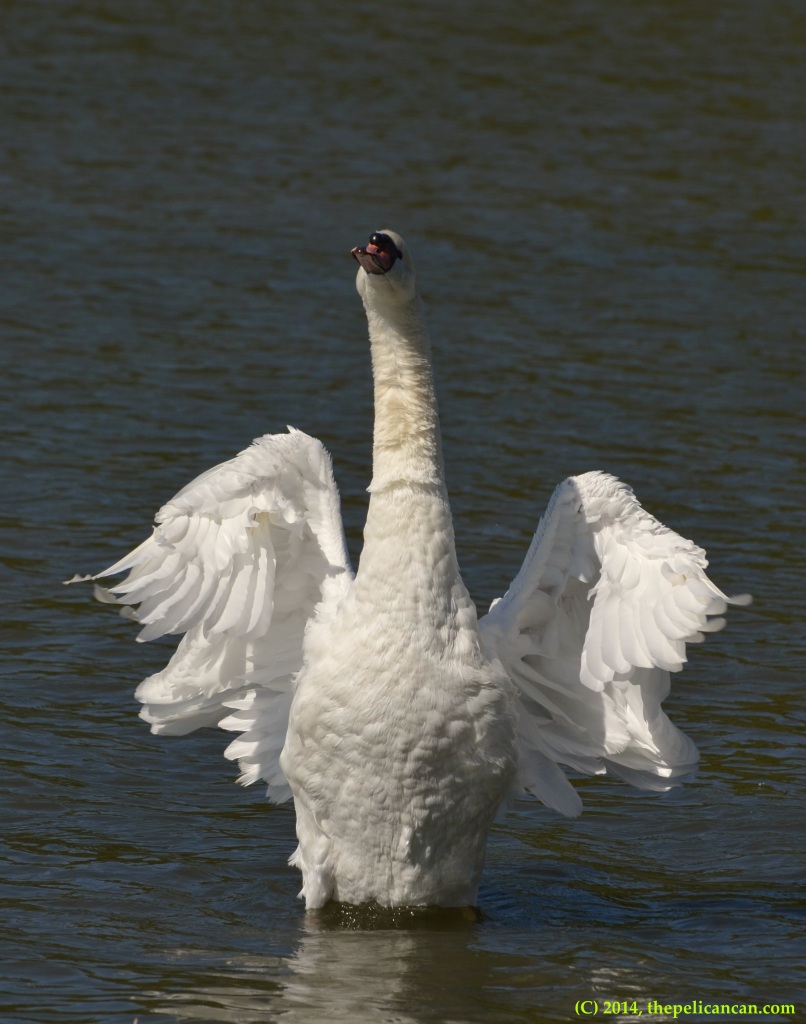 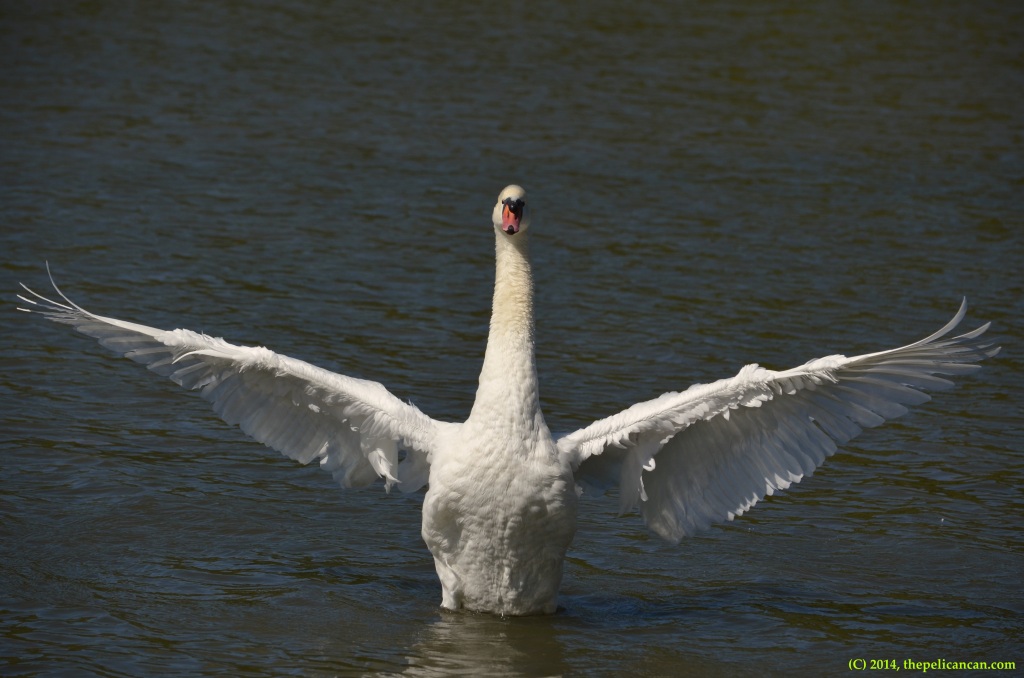 Thank you for fitting into the frame, Lady K! 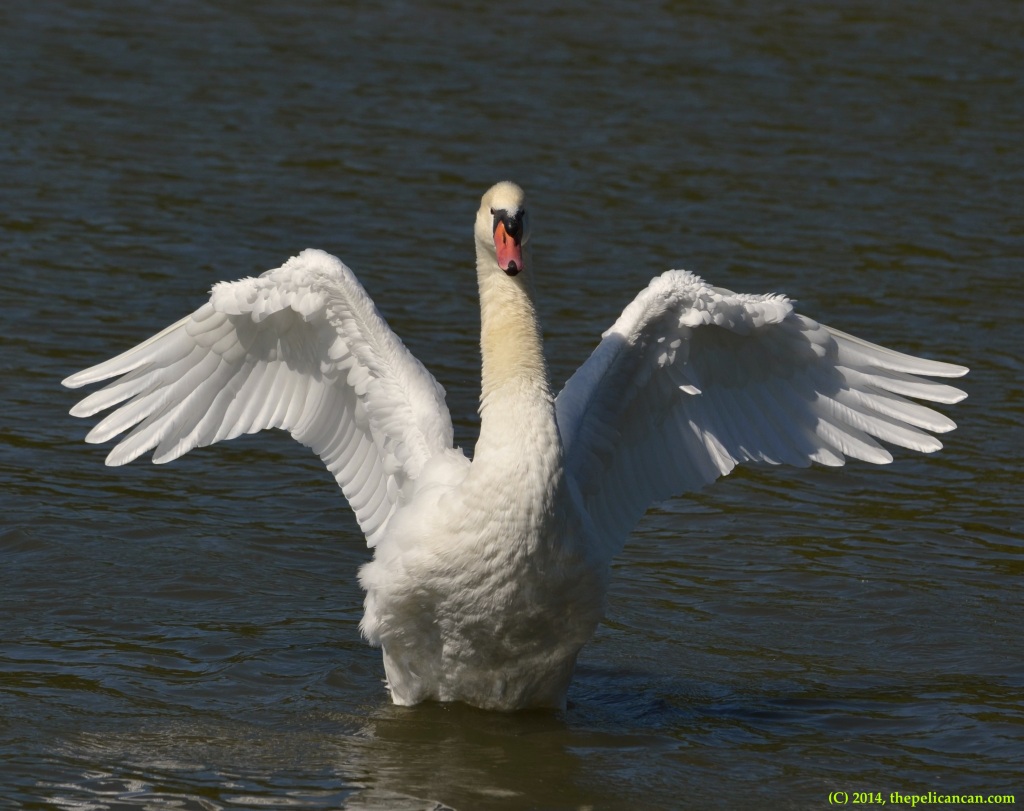 When she descends with her wings held out like that, the flight feathers remind me of the fingers on the white gloves of mimes.

I went over to the Shore Log to continue watching Dread Pirate Roberts. She had hopped on near the end of the log and was grooming. The other pelicans on the log were just hanging out. 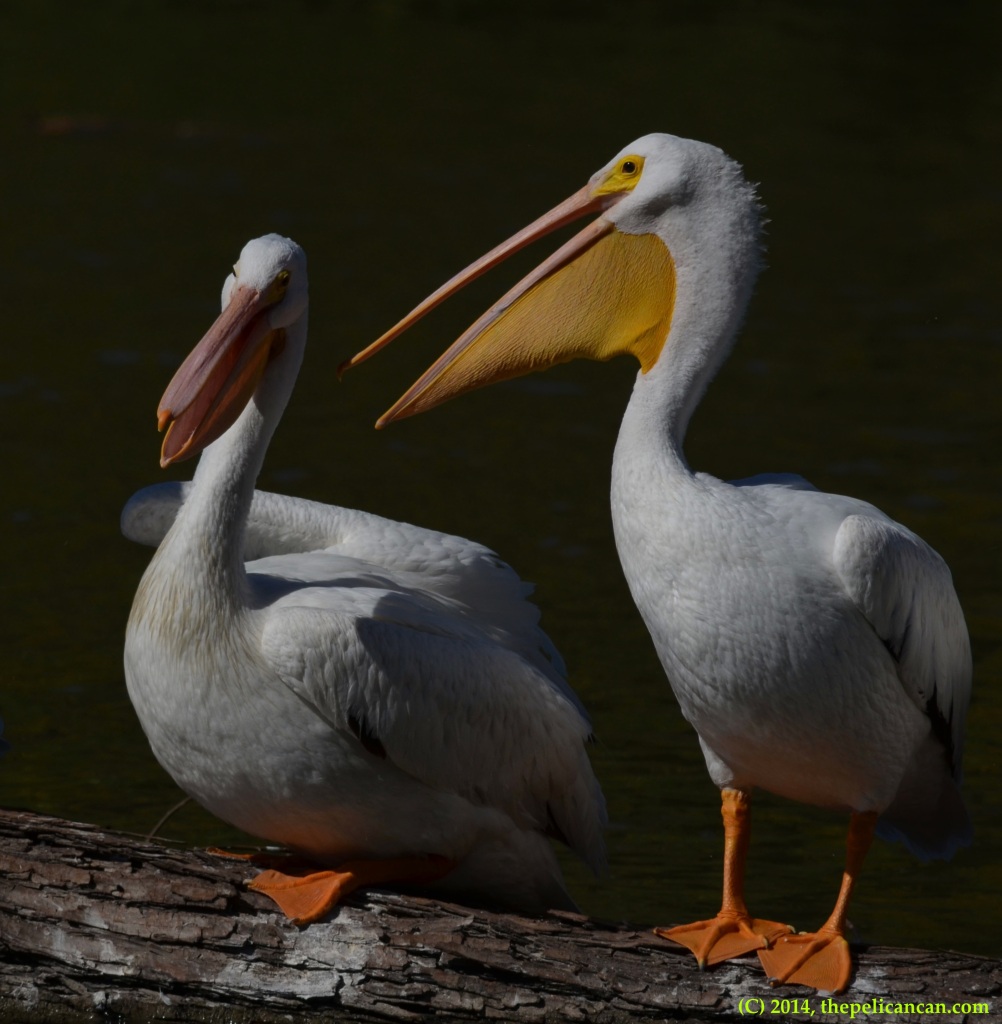 A funny thing about allopreening among pelicans: almost every time I’ve seen it, the preener was preening a sleeping pelican. Often the pelican being preened would wake up and be pissed off that it was being touched. 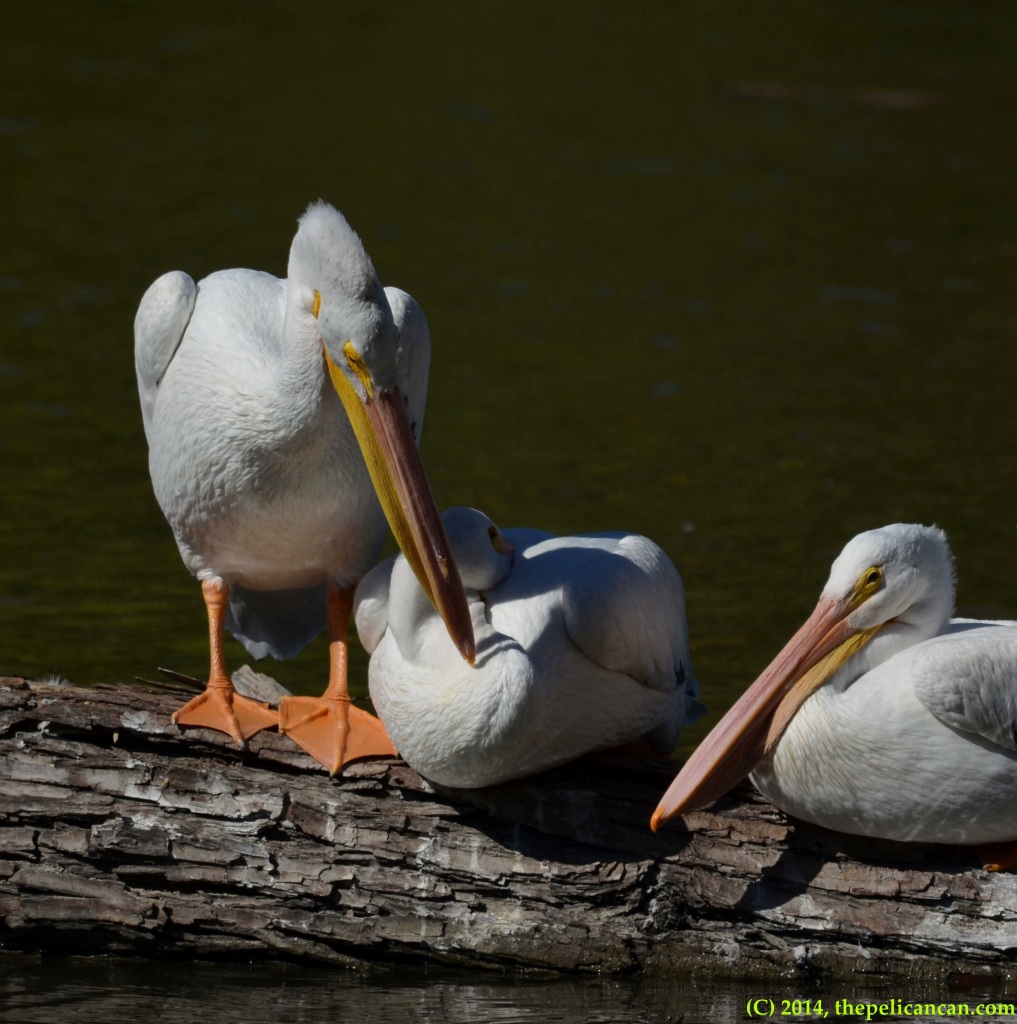 Maybe pelicans are the creepers of the avian world. 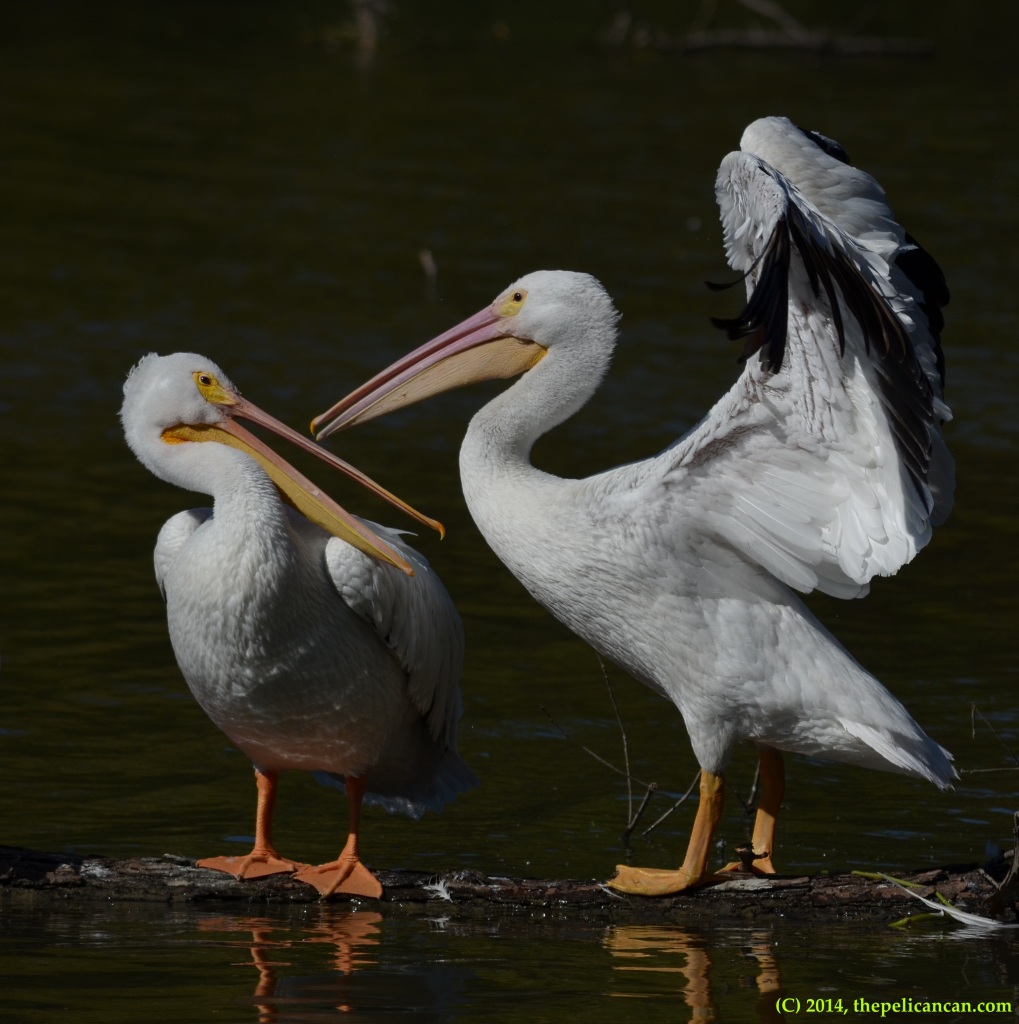 Dread Pirate Roberts is pretending to be Olivia Newton John’s Grease character singing in the Shake Shack; the pelican involuntarily cast as John Travolta, however, does not think that she’s the one that he wants.

I went back to the dock. 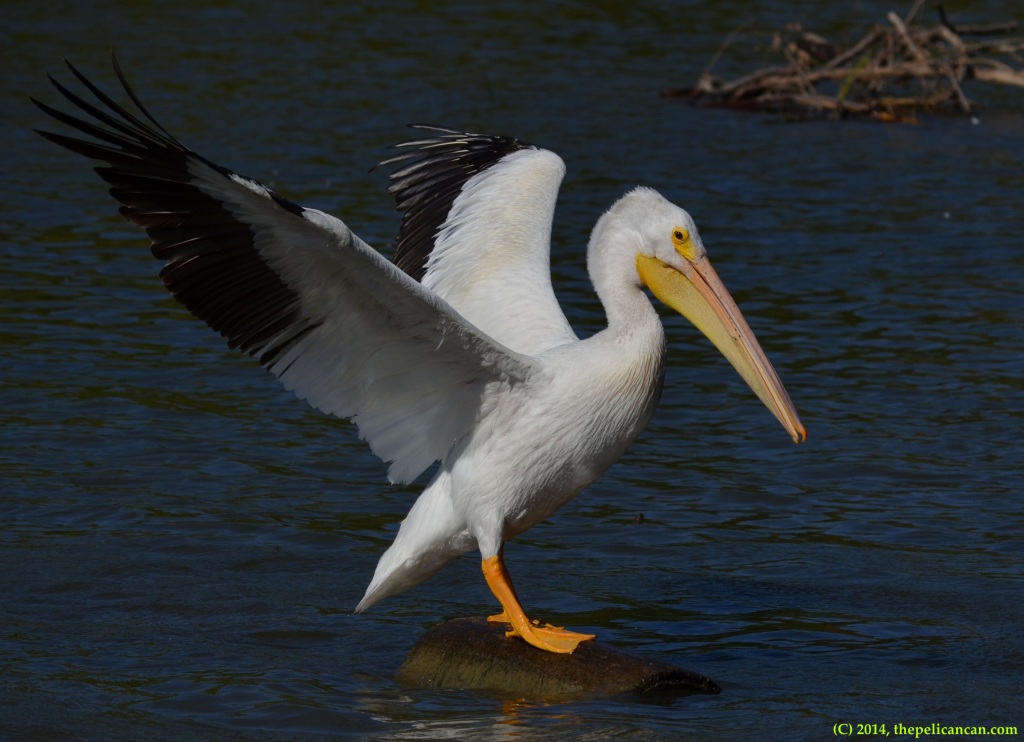 She looks like she was interrupted while plotting something and is now plotting against whoever interrupted her. 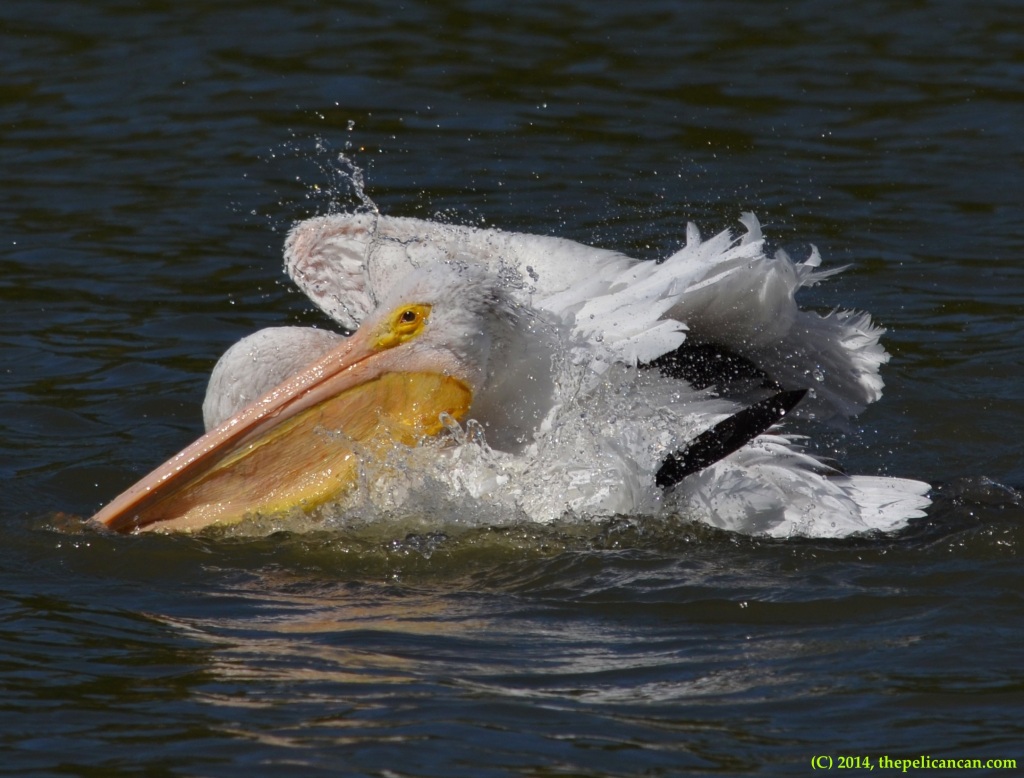 I love the way the water looks as it surges up from the splashing pelican.

The log pelican began to groom. Pelicans look so silly and adorable when they rub their heads against their preen glands. 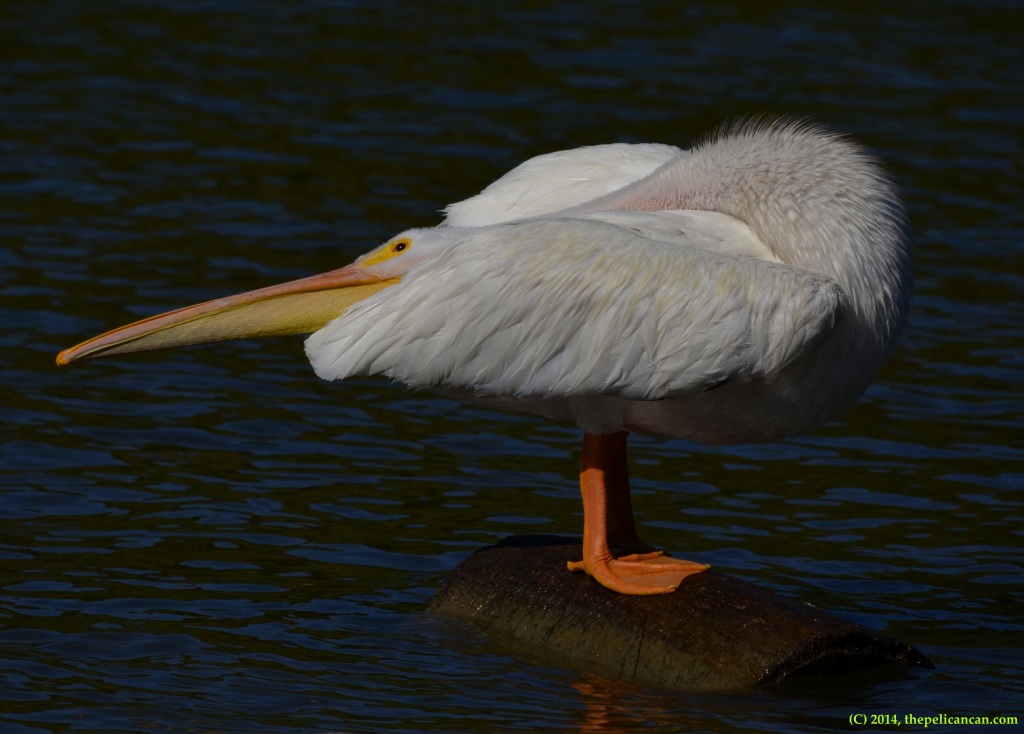 Not all was peaceful in the land of the pelicans, however. From the distant waters came a challenger for the Queen of the Log position. 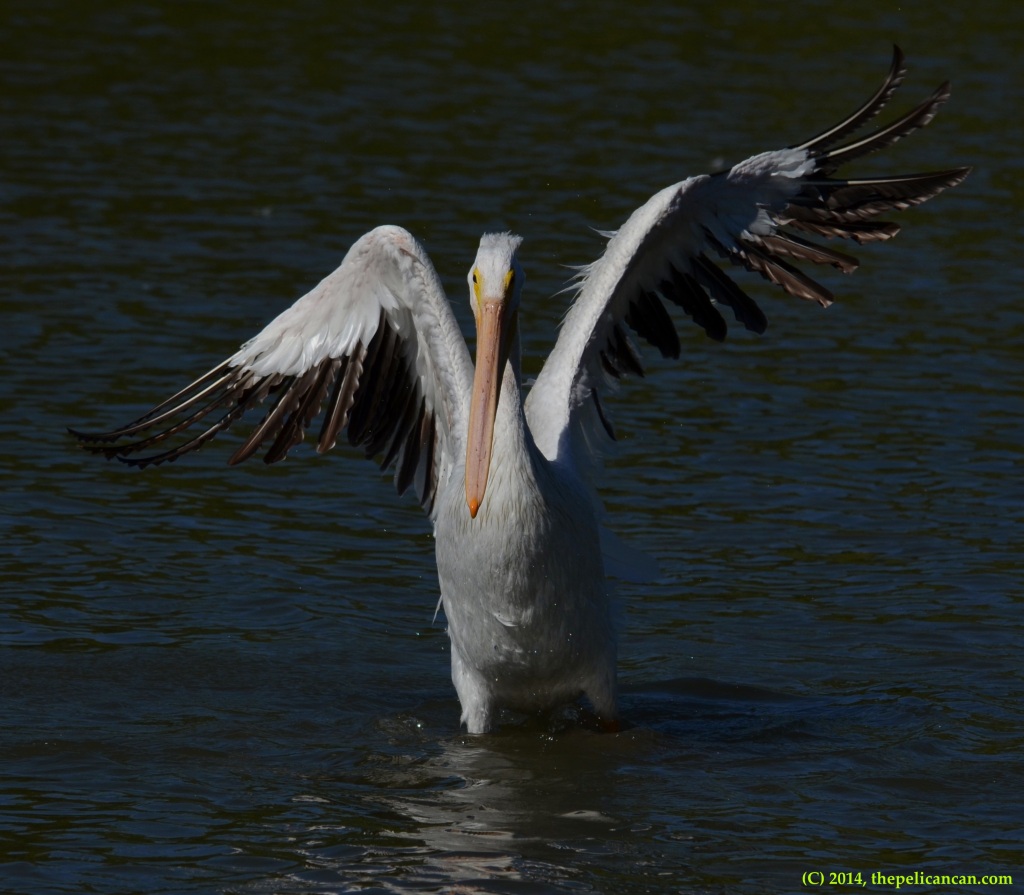 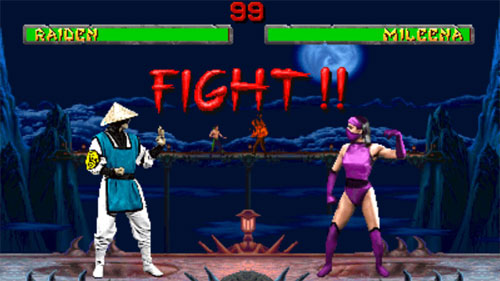 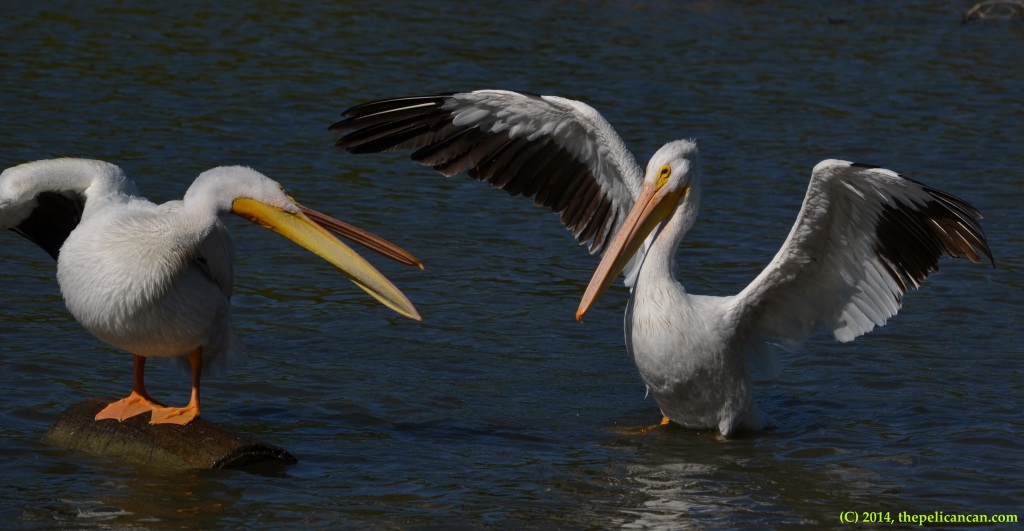 No way! Fuck off! 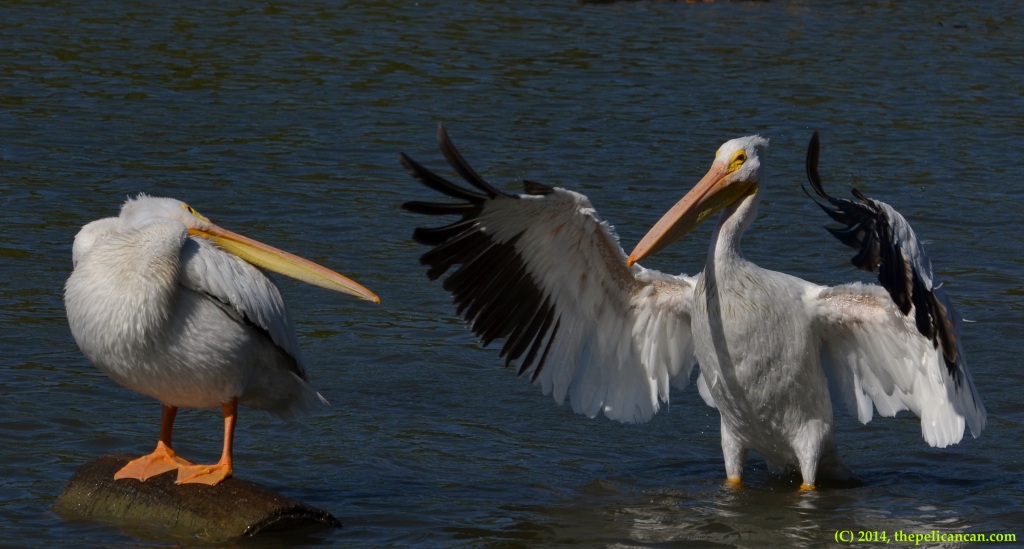 Sometimes challengers will flap but then settle down after another pelican threatens to jab them. I really thought that the challenger was going to settle down and start preening after her vigorous flap. That wasn’t what happened. 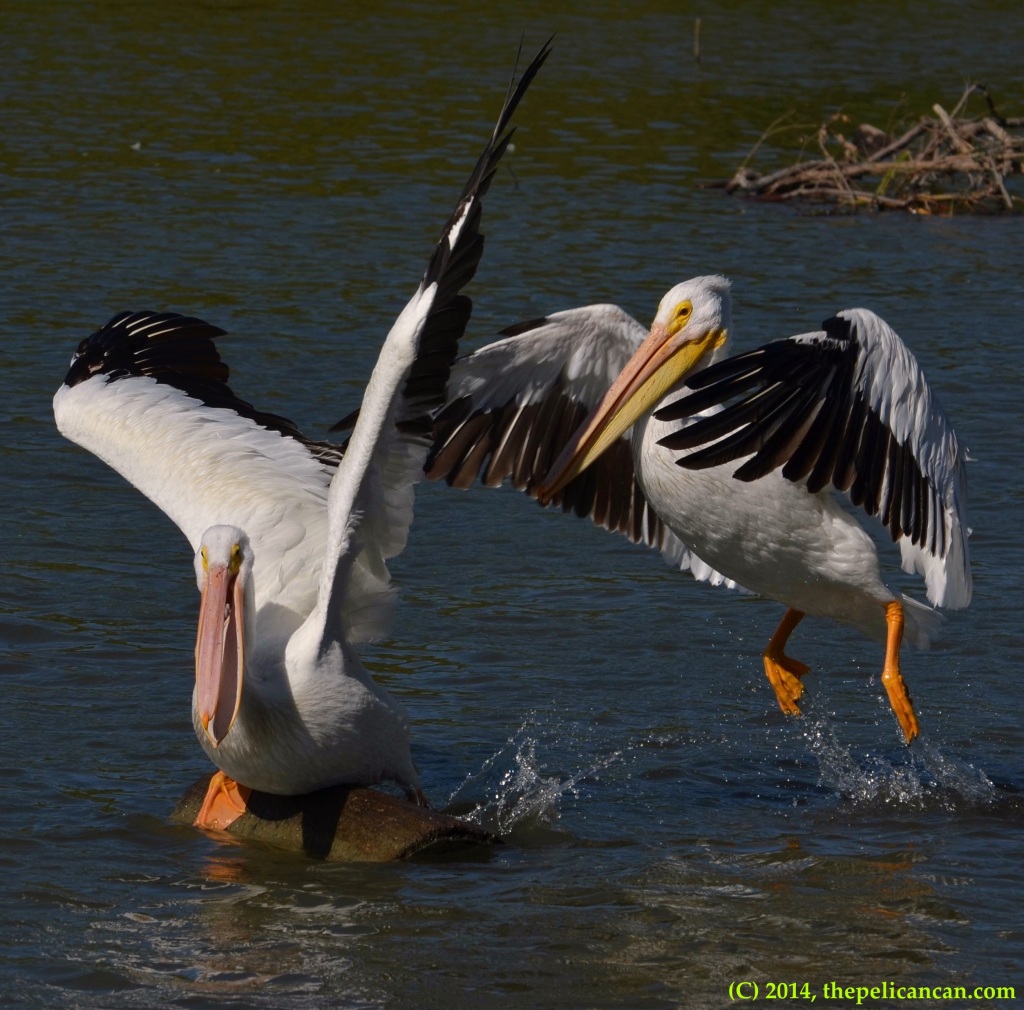 Oh, she went for it! 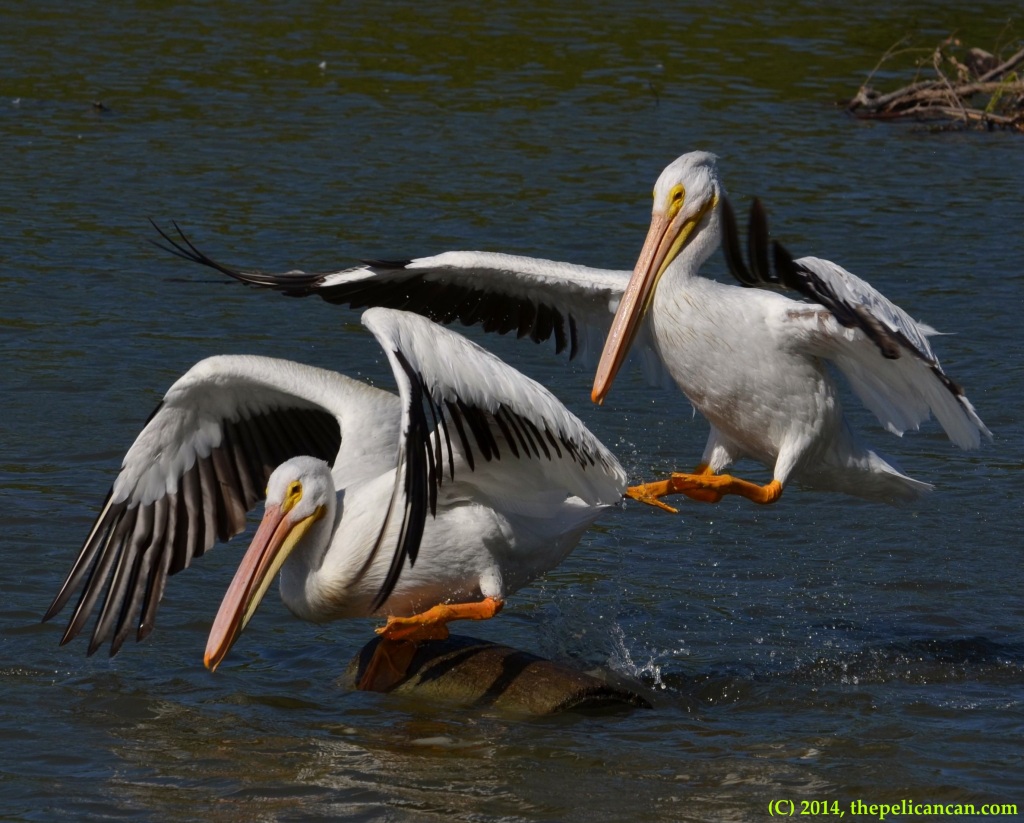 I am amazed at how high pelicans can jump when they need to. 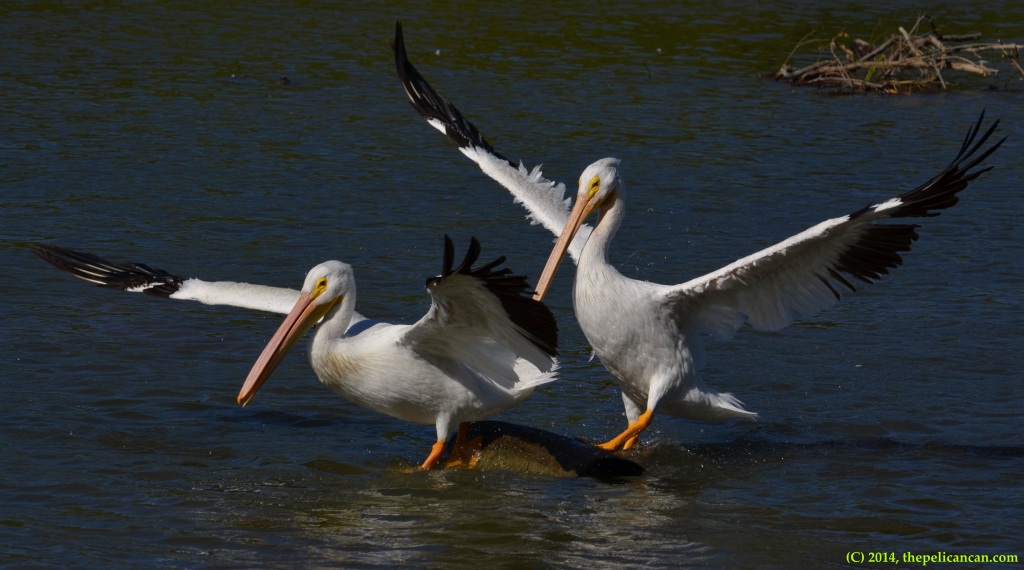 At least the power transfer is peaceful.

The challenger immediately went into a flapping frenzy, then began to preen. 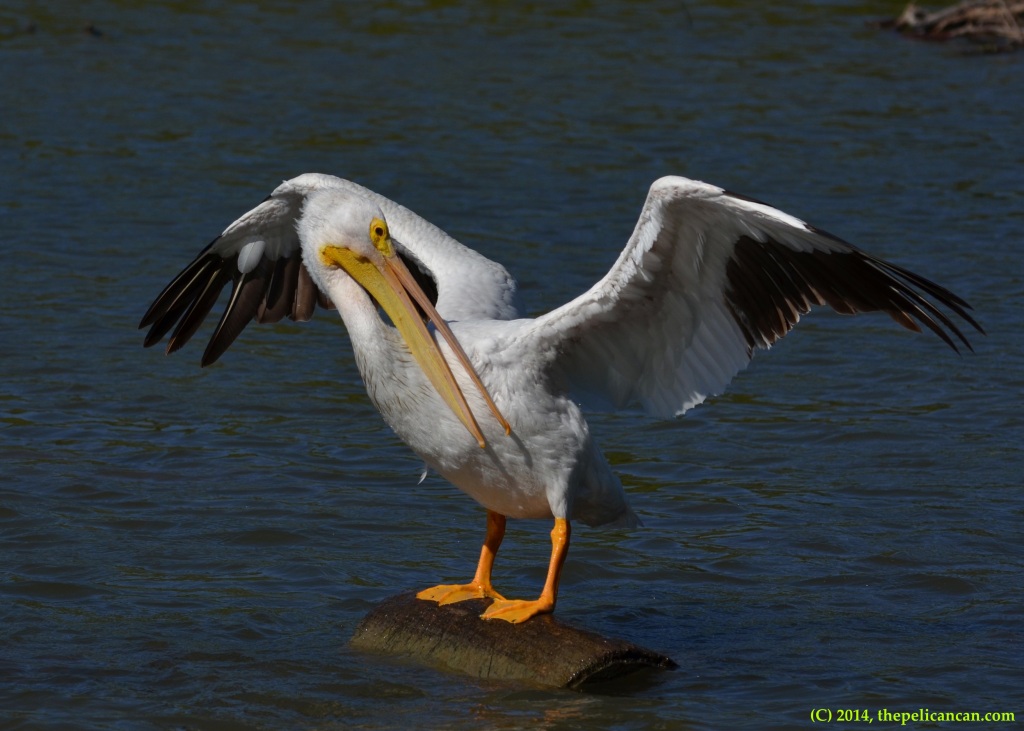 The loser, too, flapped vigorously.

The pelican Schmendrick: “Magic, do as you will!” 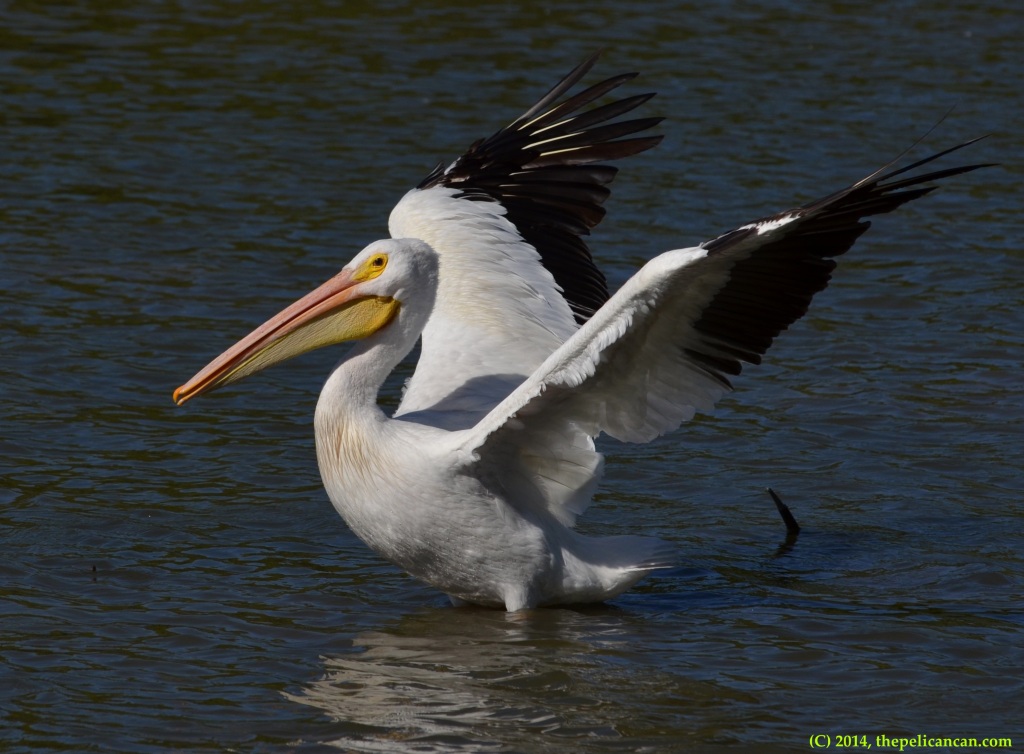 Now she poses as though she is a figurehead on the prow of a ship. 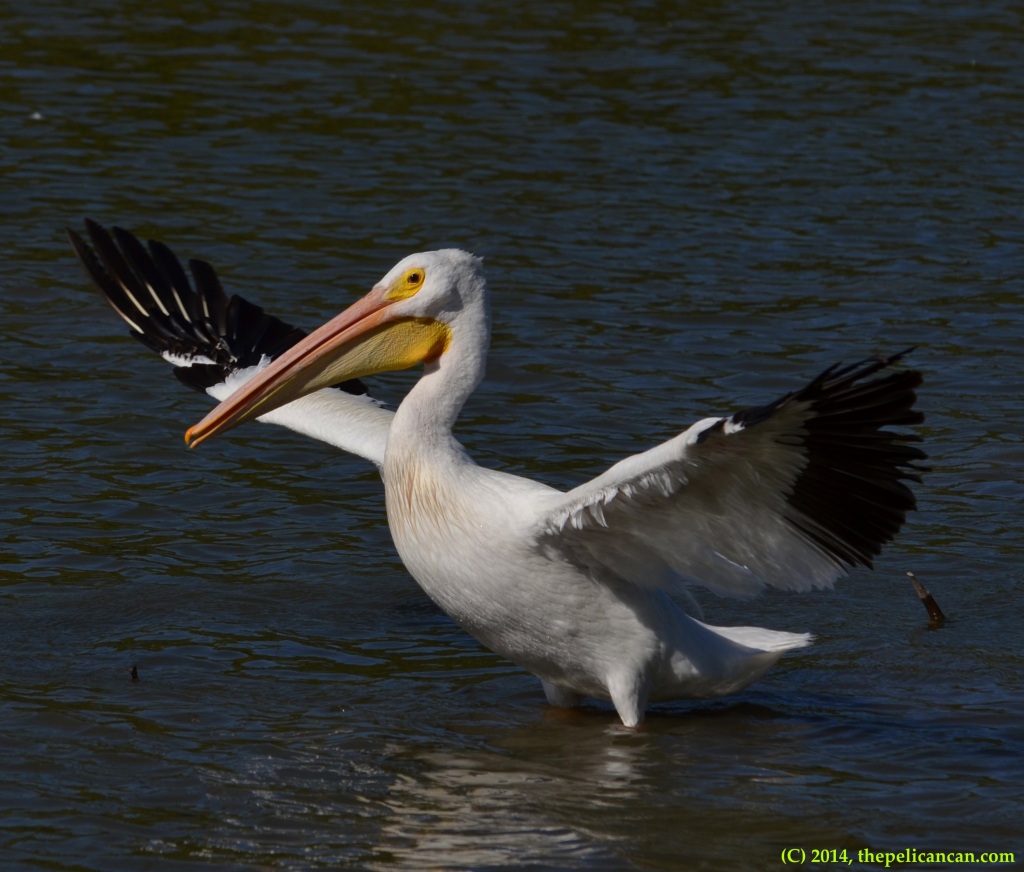 The new Queen of the Log pelican flapped again and roused her feathers, secure in the knowledge that no bird in Part 4 would challenge her position. 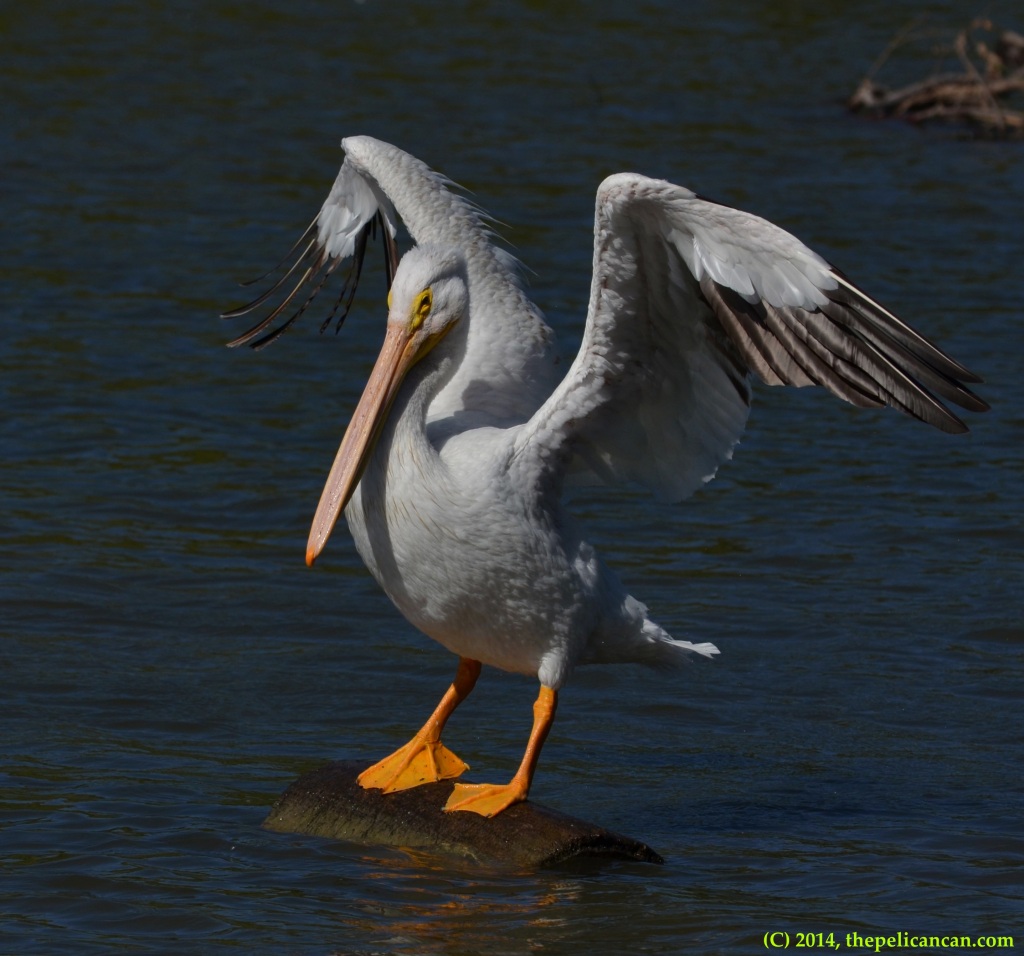 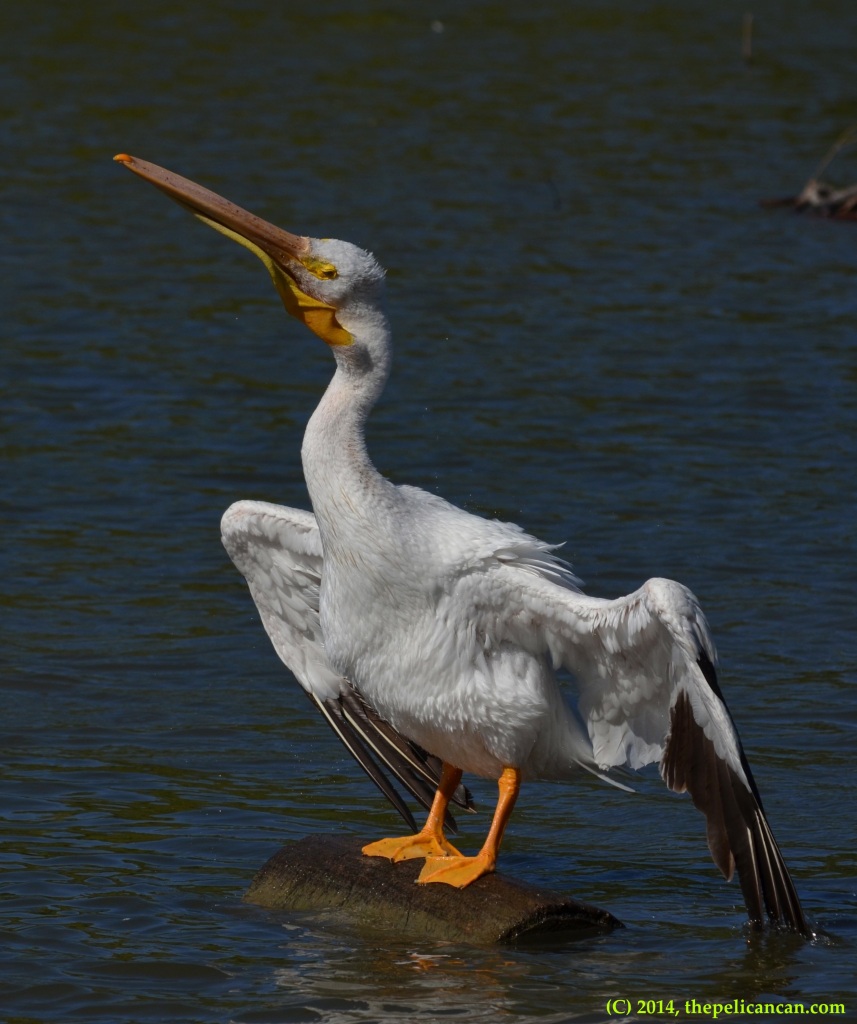