Perhaps I should say that monarchs are still trying to have sex.

After I finished watching the northern shovelers on Tuesday, I went to the Boathouse. Last fall I would see lots of monarchs drinking nectar from blooming plants along the shore there, and during the summer I would frequently see queen butterflies.

A female monarch was feeding not too far from where I was standing. She didn’t fly when I came closer, and she mostly stayed in the same position on her flower. 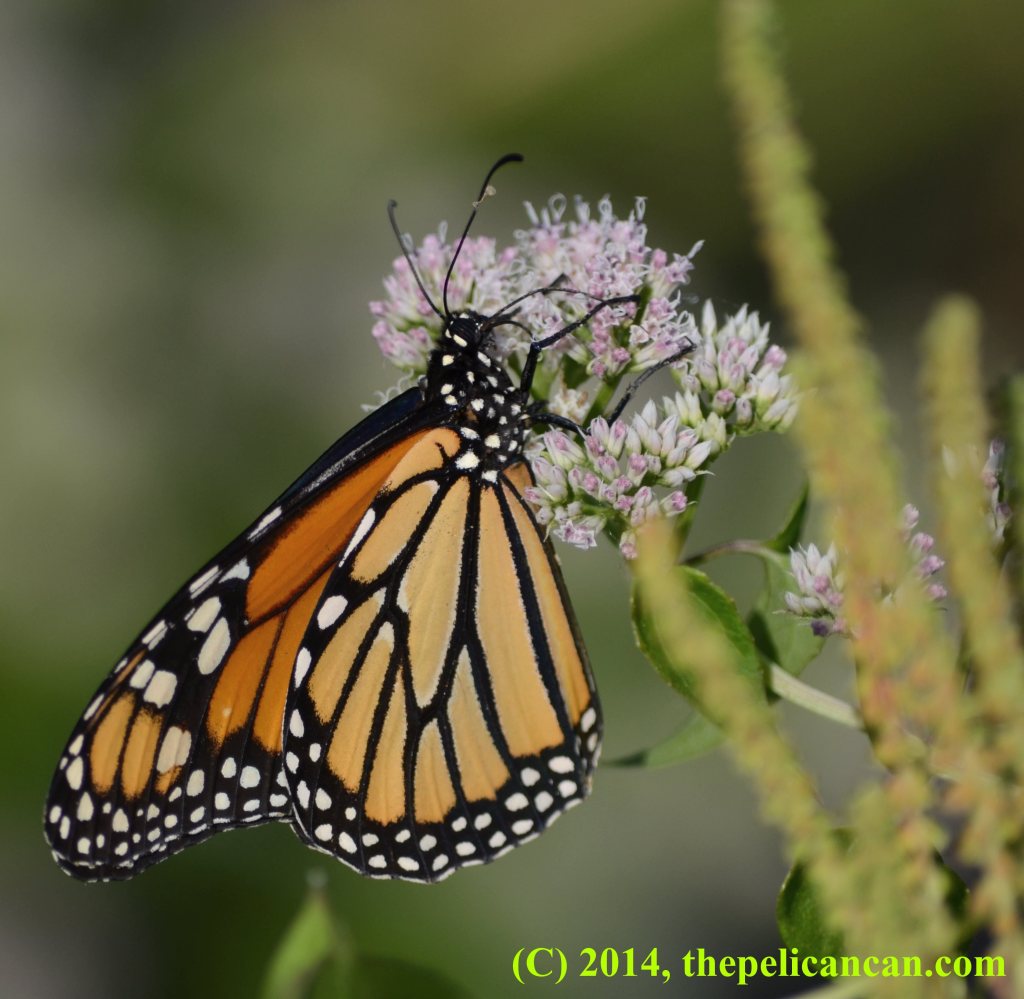 Suddenly a male monarch flew near her. I thought he wanted to feed on the same plant and was either going to land near her or attempt to frighten her away and steal her spot. Instead he landed directly on top of her. 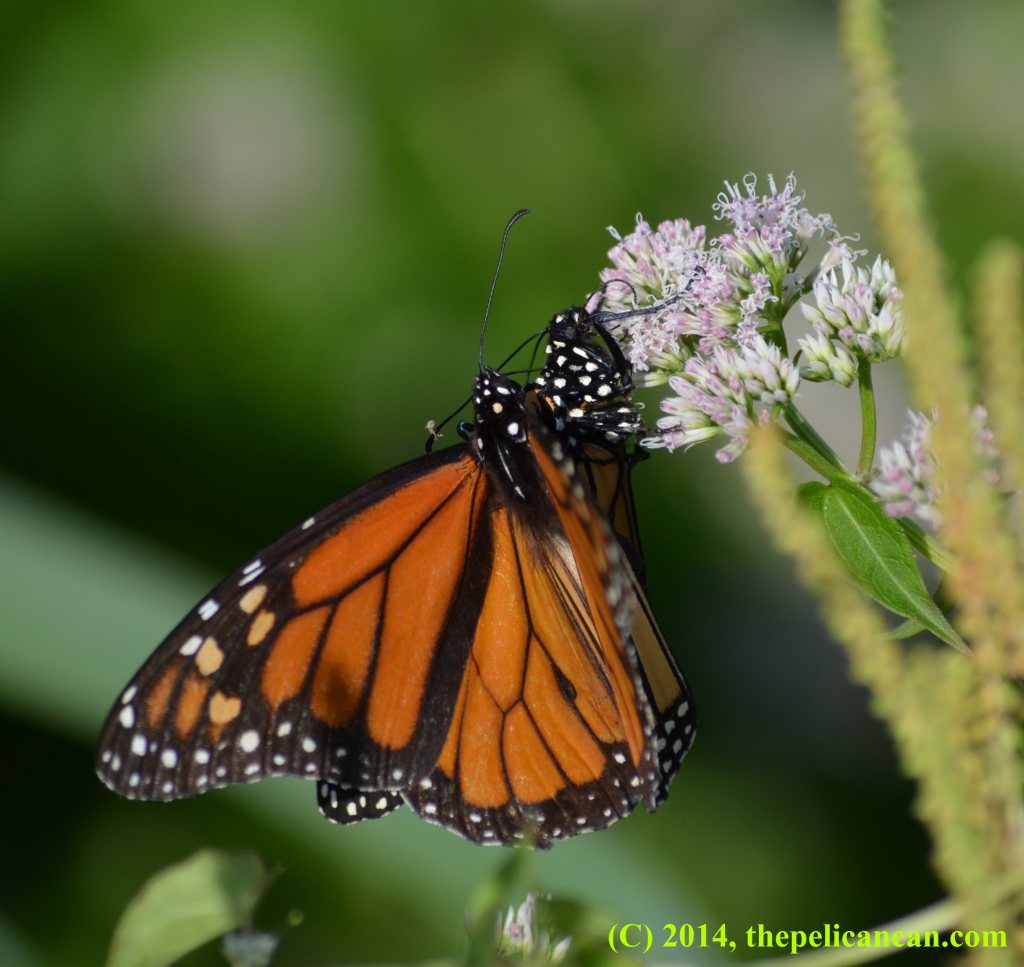 He tried crawling down her body—perhaps to assume the position for mating—but the wind kept gusting, and he had difficulty keeping his balance. 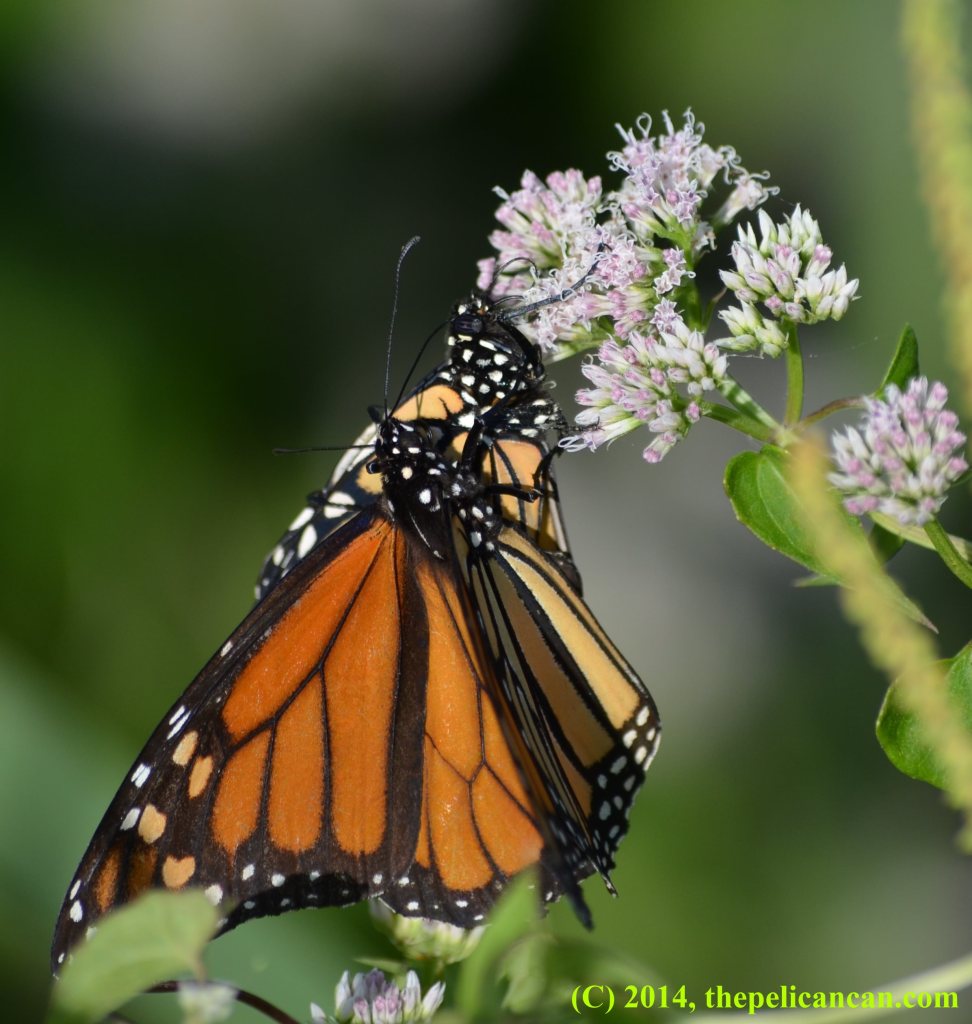 This is moving a little quickly for me. Couldn’t we like, have some sodas together first?

YOU COULD AT LEAST ASK ME WHAT MY NAME IS, ASSHOLE.

He was on top of her for one minute. Then he flew away, still clutching her beneath his body. The pair frequently dipped in the air between pauses in his flapping. I followed them, hoping I could get more pics when they landed, but they disappeared up the trunk of a bald cypress tree. Good luck, monarchs!

Some of the fun of watching insects is figuring out what they are later. But sometimes I just can’t find an unambiguous ID. Part of the problem is that I don’t know how to look for points of similarity between my creature and others the way I can for birds, so I look at Google Images and hope to stumble across a pic of an identical creature online. That makes finding an identification for some of my six-legged friends frustrating. Like this wasp. 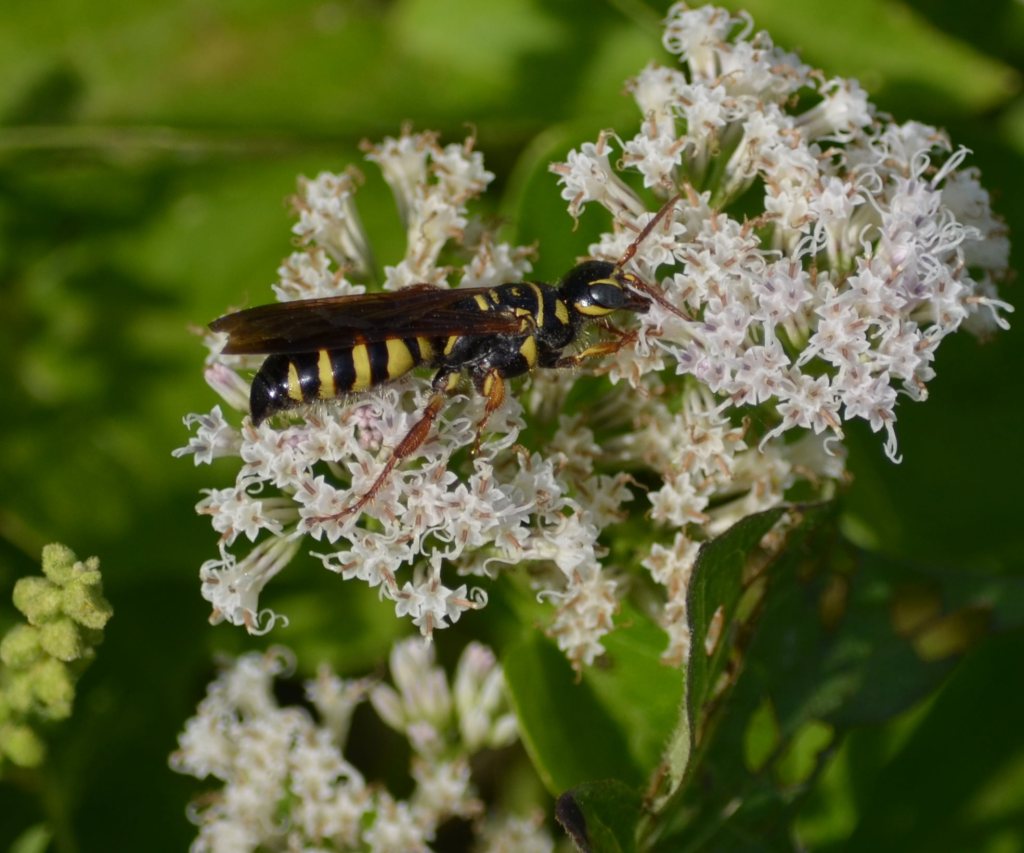 Who are you? Who who, who who?

I’d seen it before, but it never stayed long enough for me to get decent pics. At first I even wondered if it were a fly mimicking a wasp. Now I’m pretty sure that it’s a wasp, but I haven’t found a good ID. I’m tentatively going with Philanthus gibbosus. Maybe someday someone can tell me whether that’s correct.

UPDATE: The wasp has a name! At least a genus name: he is a member of the genus Agriomyia. The common name is apparently “yellow flower wasp.” 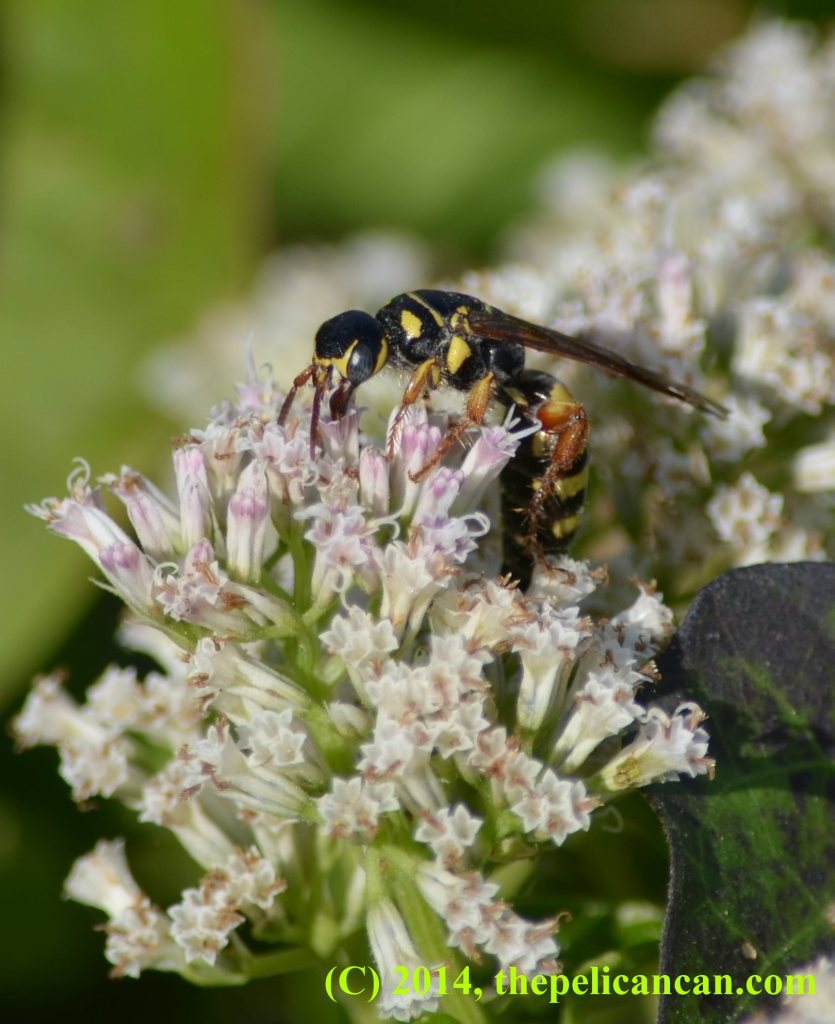 I have the right name now! I belong!