I first saw the osprey en route to my parents’ house in Central Florida. She had a pretty sweet set-up: an inlet to a small lake for fish; a gigantic nest; and a tall, dead tree near both the nest and the lake where she could perch.

I had my camera with me, and while my mother stopped at a convenience store to get gas, I crossed the street to see if I could get some pictures of the bird. 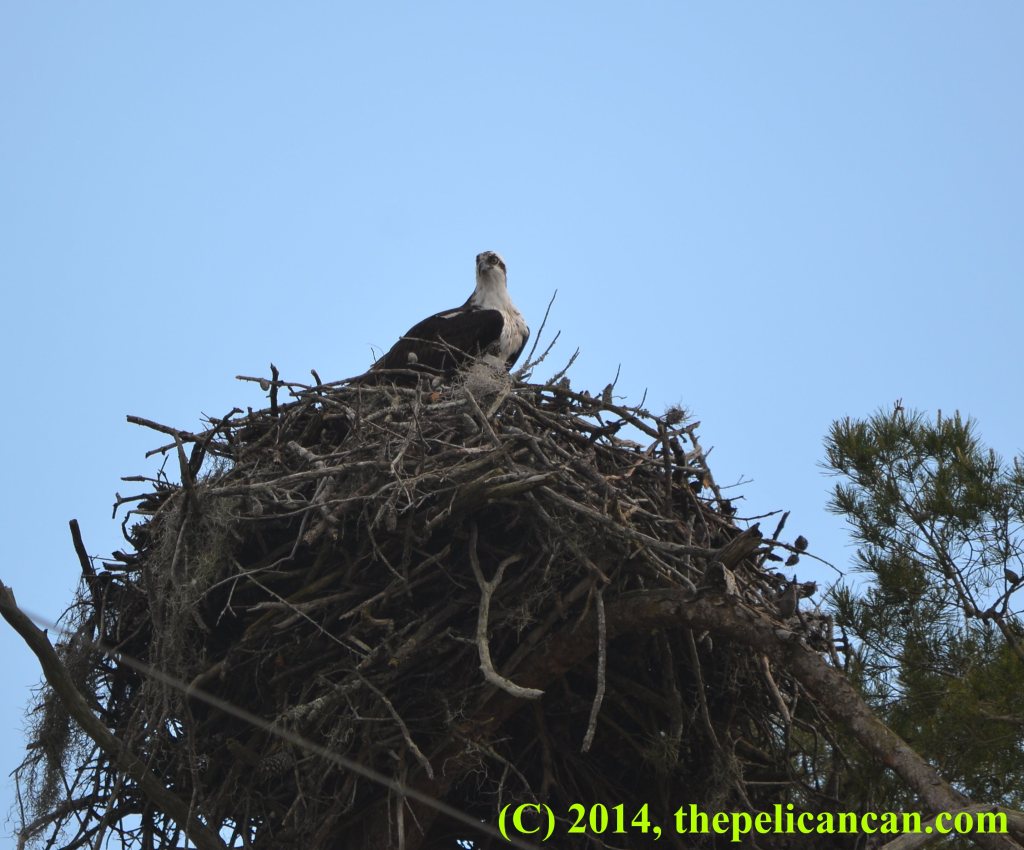 Queen of the Mountain.

She began to call as soon as I finished crossing the street. Ospreys have a very loud, whiny, piercing call. I hoped to get a little closer than where I was, but I got too close and scared her. She flew off the nest, did a circuit around the area, then flew up to her perch to land. 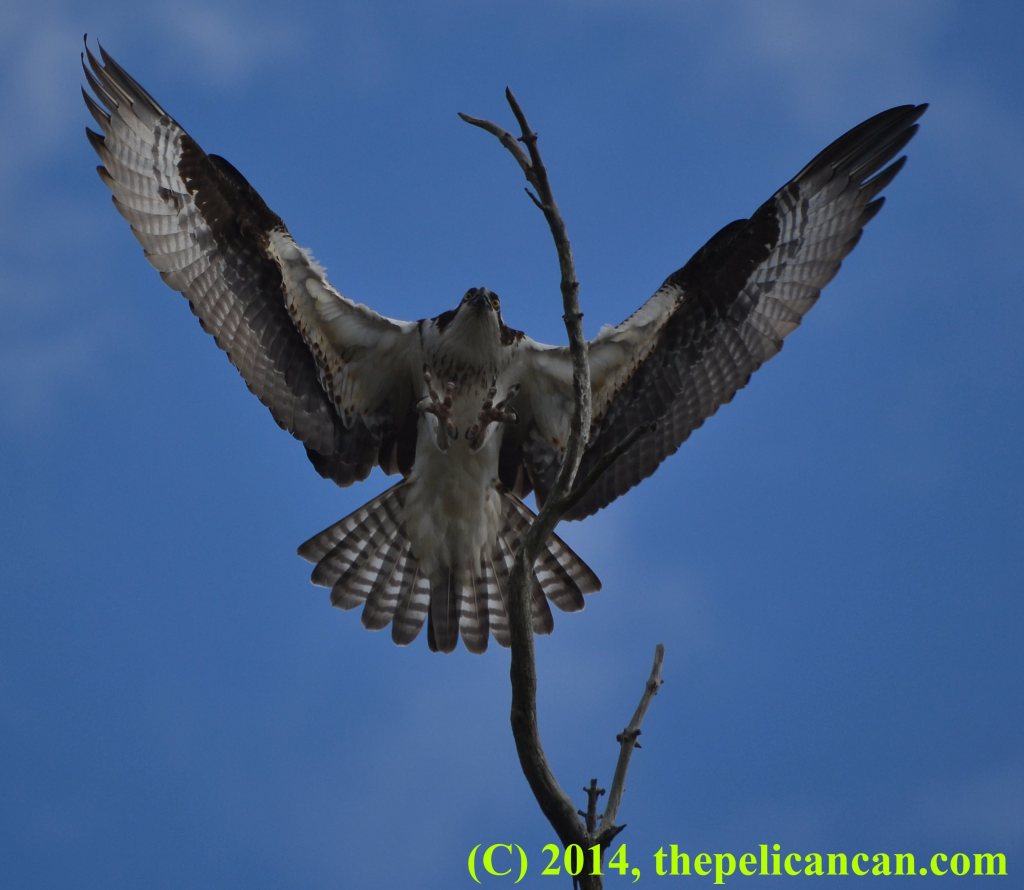 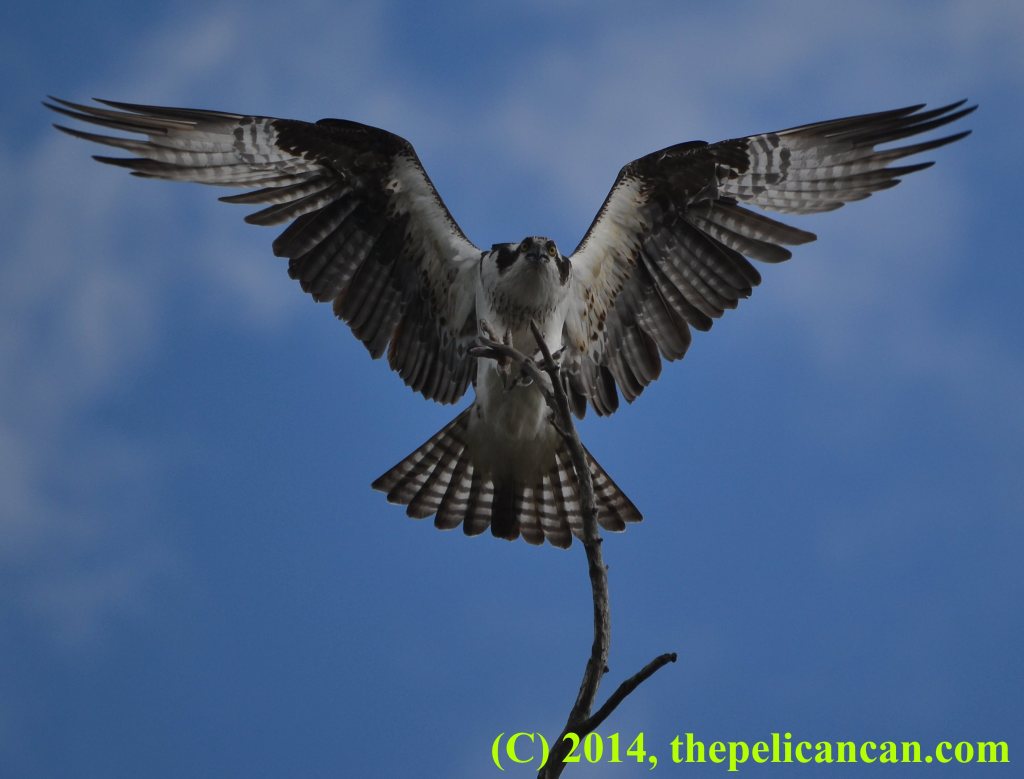 She began to give warning calls, so I decided that I would try to get some pics at a different angle but without getting much closer to her. 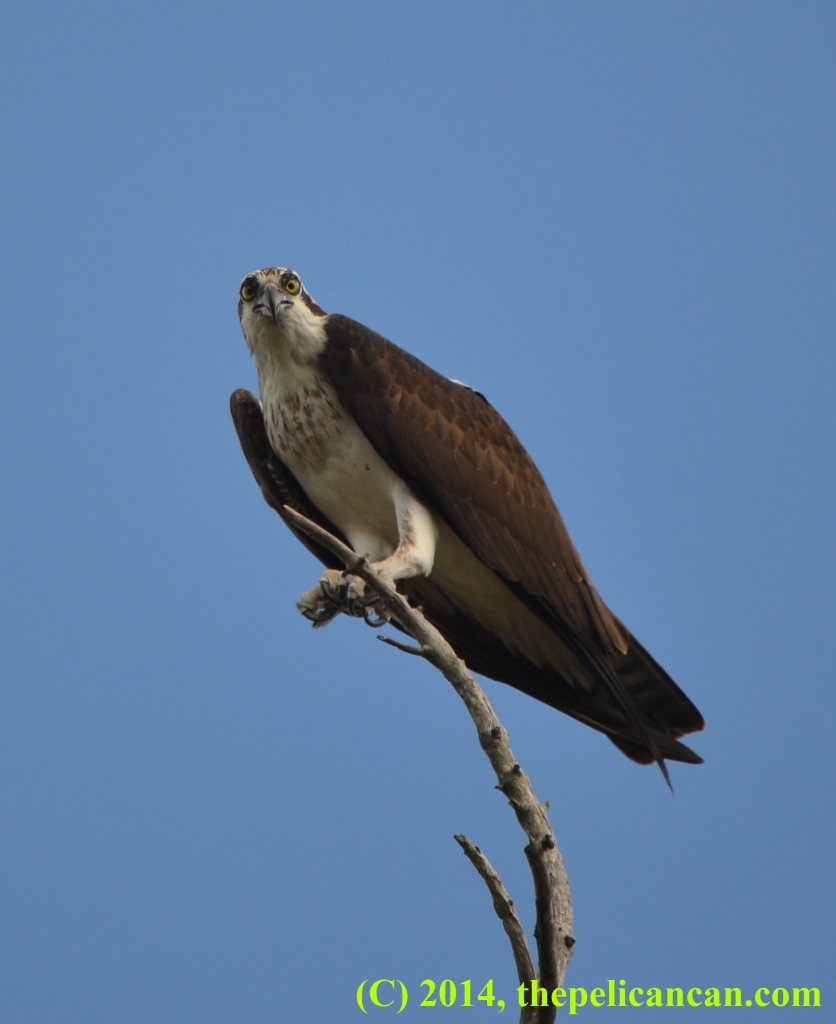 Now you’re over there?! What kind of wingless magic do you possess, human? 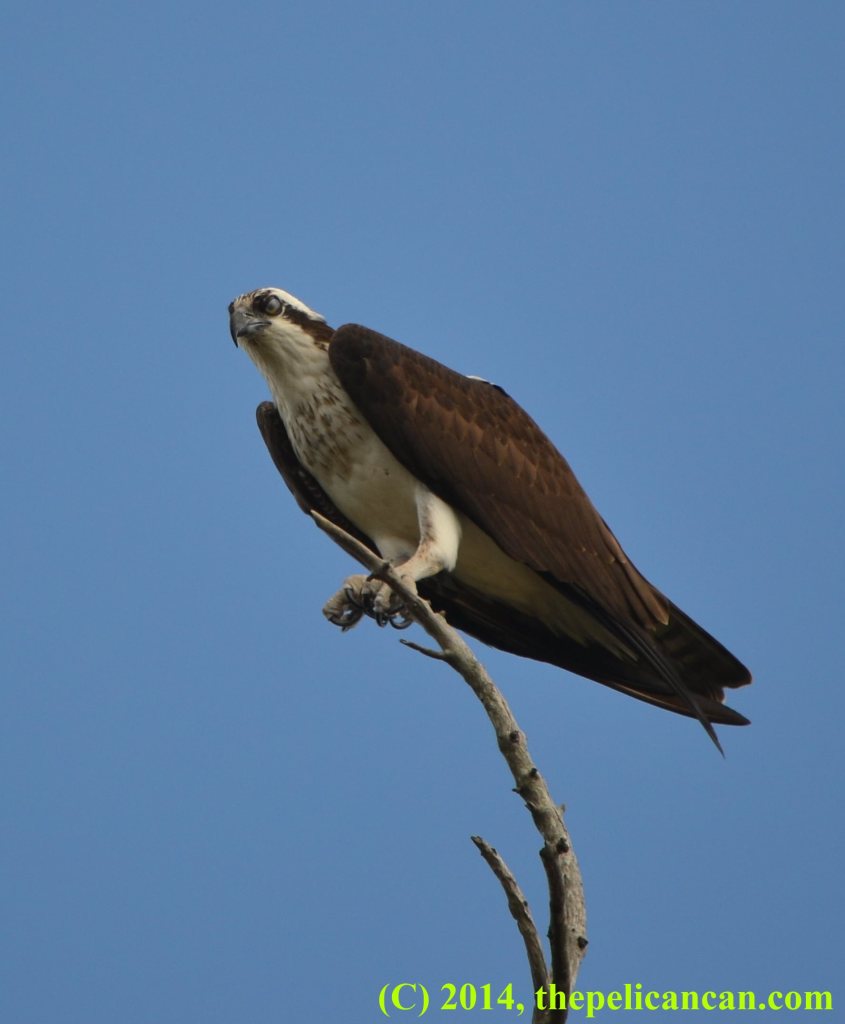 I, too, have magic, human. My magic involves CLAWS AND BEAK.

I really didn’t want the osprey to feel unsafe and like she had to fly again, so I backed off and let her return to her bad-ass osprey life.