The good news is that today, the 25th, about thirty new pelicans landed at the lake, and a few of them began to play in the late afternoon. At one point four separate birds were exhibiting play behavior, which made me frazzled when I kept having to watch each one of them and decide who to photograph. An embarrassment of riches!

The bad news is, that’s even MORE pics that I will eventually have to go through, and I haven’t even started posting pics from the play sessions last month. I am not at all disciplined in my picture-taking, and almost every day I go out my backlog of pics grows by at least several hundred. In the next couple of days I will start posting pics from the mid-October migration madness.

The pelicans found, among many other objects, a child’s ball and an old, sodden tennis ball and had a grand time playing with them.

Another bit of good news: a bird that is rare for this area made an appearance! I was out on the dock at Sunset Bay late in the afternoon when Ben, another Dallas-based photographer and blogger whom I’ve mentioned before, showed up. He was watching ducks fly in as we were talking, and he noticed a white-faced ibis flying near them. He was able to track where she landed and take pics. I also got some pics of her grooming. The ibis was there for maybe ten minutes before she took off, circled a small area of the bay a few times—Ben thought she was looking for a better place to settle down for the night—and eventually landed behind a line of tall grasses.

I’m not sure what she was doing so far north at this time of year, but I was very, very glad to see her! 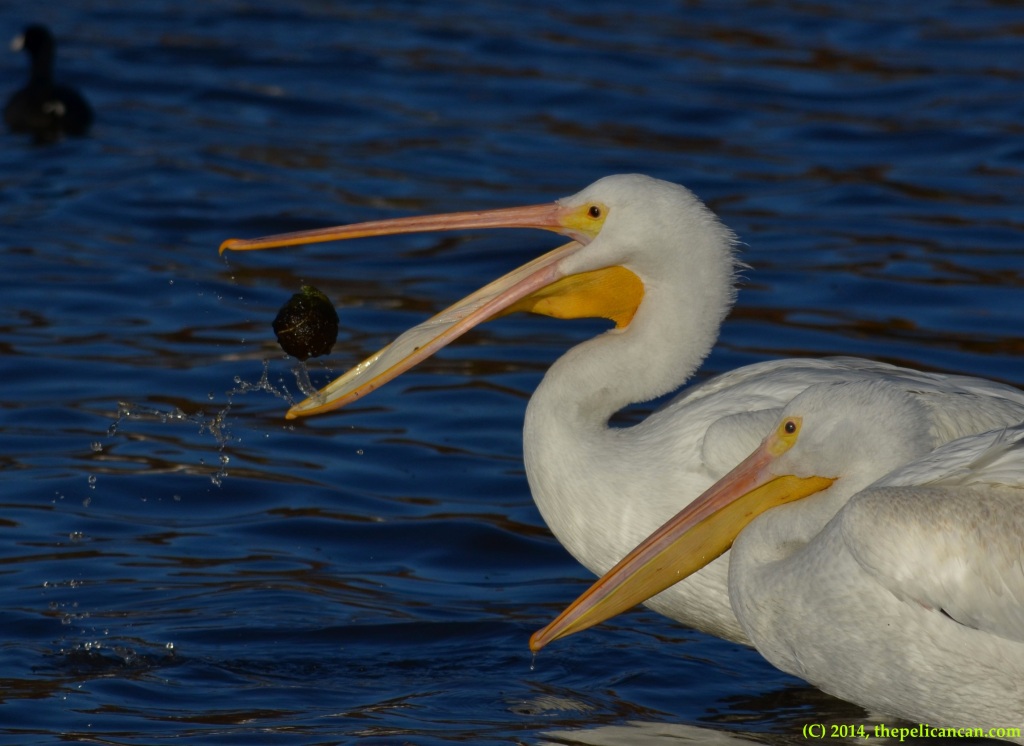 I’m glad I found this ball!