Last week was fairly warm. One day the temp was even in the high 90s, but the rest of the days peaked in the low 90s. Yesterday, the 10th, the high was 91.

Twenty-four hours later, the temperature had fallen over 30 degrees.

Q and I had been busy this afternoon visiting houses on the yearly White Rock Lake Artists’ Tour and didn’t get out to White Rock Lake until late afternoon. I was wearing a sweater and a light jacket, and I was still freezing. I like hot weather and don’t deal well with the cold, especially when the temperature has changed dramatically within a short period of time.

Over the past few days I’d noticed a sudden resurgence in the number of scissor-tailed flycatchers I’d seen at the lake. After Q and I got out of the car, we noticed several of them swooping around and perching in trees and on wires. 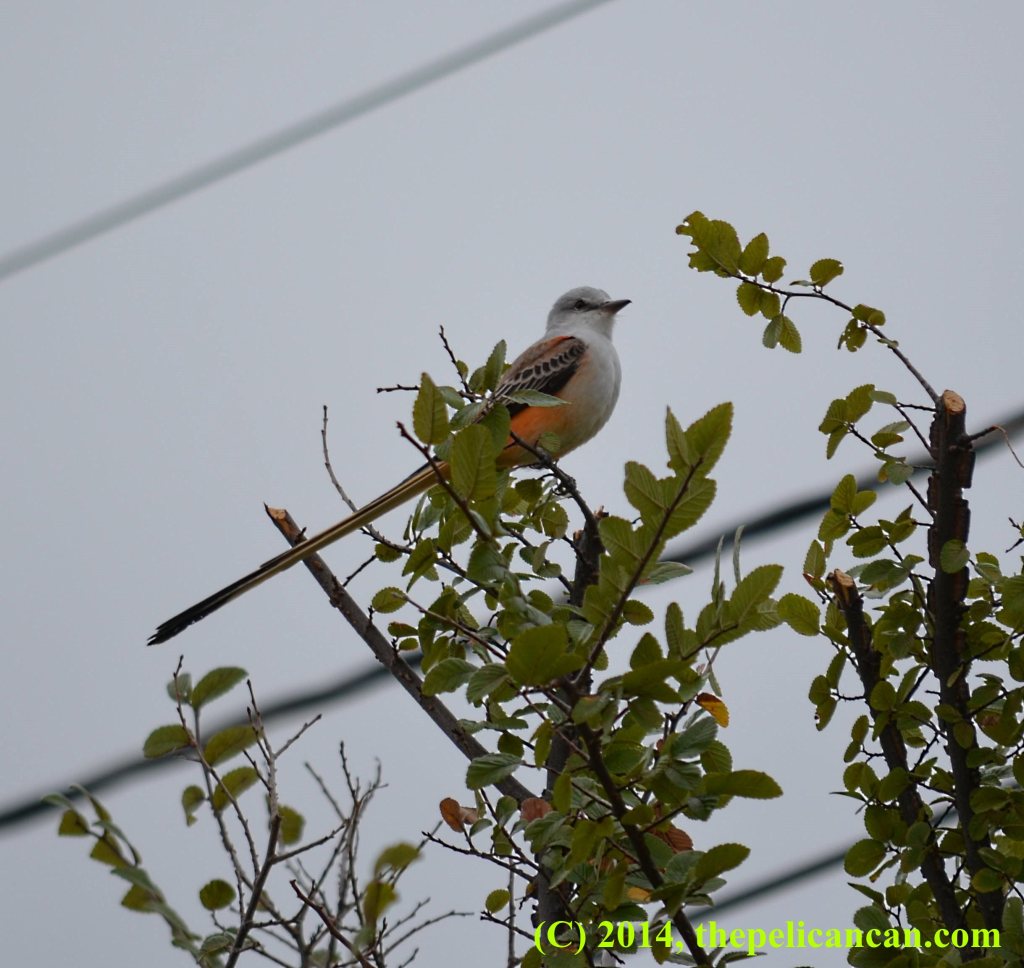 When we got down to the dock, we saw that almost all of the pelicans on the nearby log were asleep. Alas!

Then I looked to one side and saw that there was a lone pelican standing on the Stump. Q and I decided to go walk down to the shore to get a better look at her. 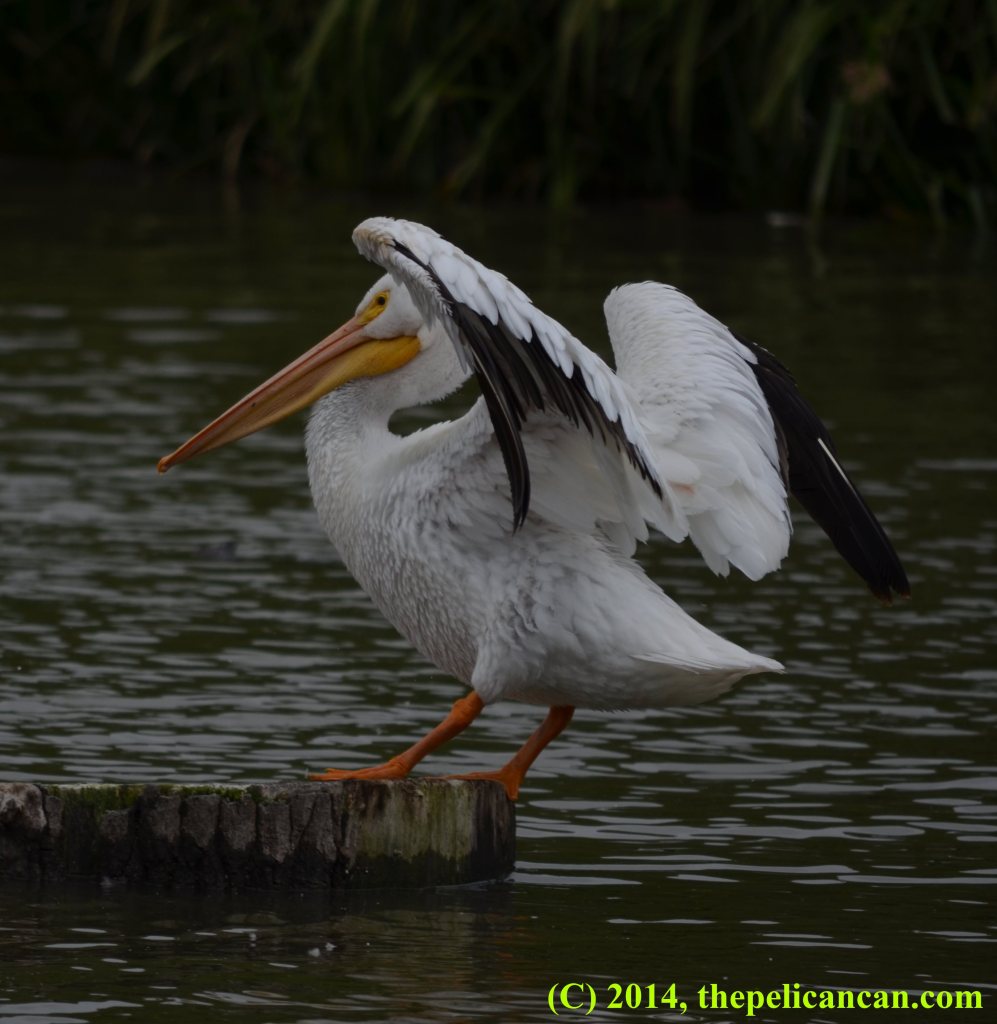 Something was wrong with the bird. Not just that she was by herself, but her left foot seemed to be injured.

Typically pelicans stand with their feet flat against a surface. This bird kept holding her left foot slightly up in a curved position. When she raised her wings for more than a few seconds, she had a great deal of difficulty keeping her balance. When she tried to sit, she lurched down and to the side and then straightened up again. For the majority of the time that we watched her preen, she was standing with her left foot stretched much further out than her right foot, as though she weren’t holding much weight on it. I couldn’t see anything wrong with her leg or foot, so I hope that whatever is bothering her will resolve soon. I once saw a pelican who had lost a foot, and although the injury looked as though it had healed well, it severely impacted how the pelican dealt with loafing. It was sad to see.

K arrived and said that she had seen the Stump Pelican (now named Philoctetes) earlier that afternoon. She said the bird had left the others, swam up to the stump, and hopped on. At the time K hadn’t noticed anything wrong with her. When I pointed out the bird’s strange posture and the way she lurched when she tried to change positions, K agreed that something wasn’t right.

Another local birder and prominent blogger, Ben, showed up. He told us that the influx of scissor-tailed flycatchers was due to northern birds migrating south. An anomaly explained!

By then my toes were starting to get numb, so Q and I left. Tomorrow the temperature is supposed to get back up into the low 80s. Thank god. That’s the kind of weather I like the best!