This was the second time Q and I went out to Richland. The first time Q had been very nervous. We had just taken a trip to the John Bunker Sands Wetland Center, which was not at all fruitful. Q was worried that we would repeat that experience. Richland was also a much farther drive than John Bunker Sands, and he really didn’t want to go all that way for a bust.

He started feeling better after we saw the bald eagle. And the anhingas. And all of the wood storks.

We went back two weeks later, which was this visit.

We saw over a hundred pelicans loafing on the shores of the wetland cells and swimming in the shallow water. Only a few of them were adults. Not needing to fly north to breed, perhaps some of the juveniles wintering down south decide to bum around the area until it was time to fly further south for the winter. 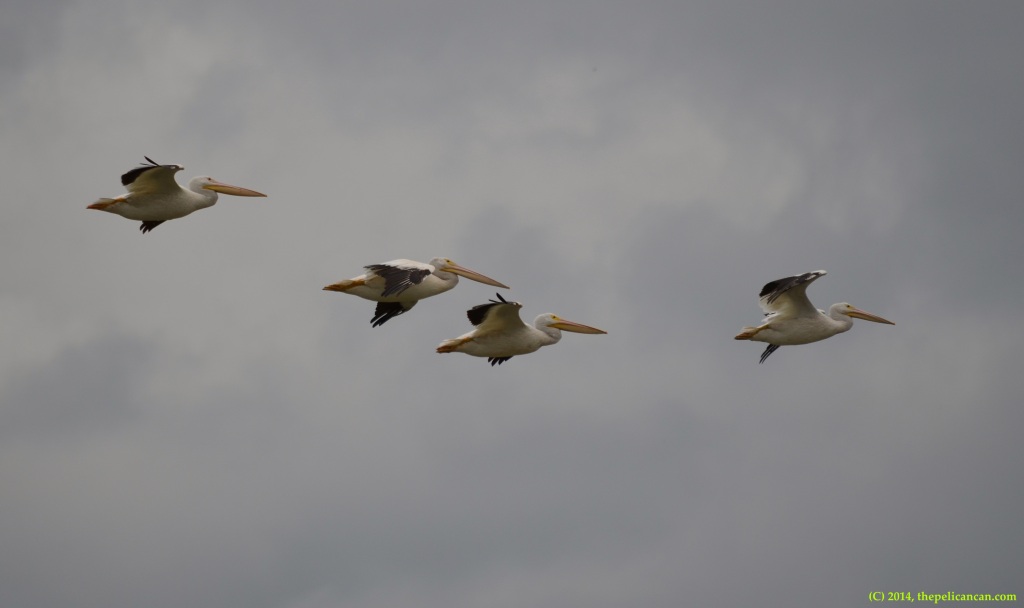 The wood storks were the stars of this visit. Q and I were able to get closer than we had on our first visit. They perched on trees and stood on the roads that crossed over the cells. 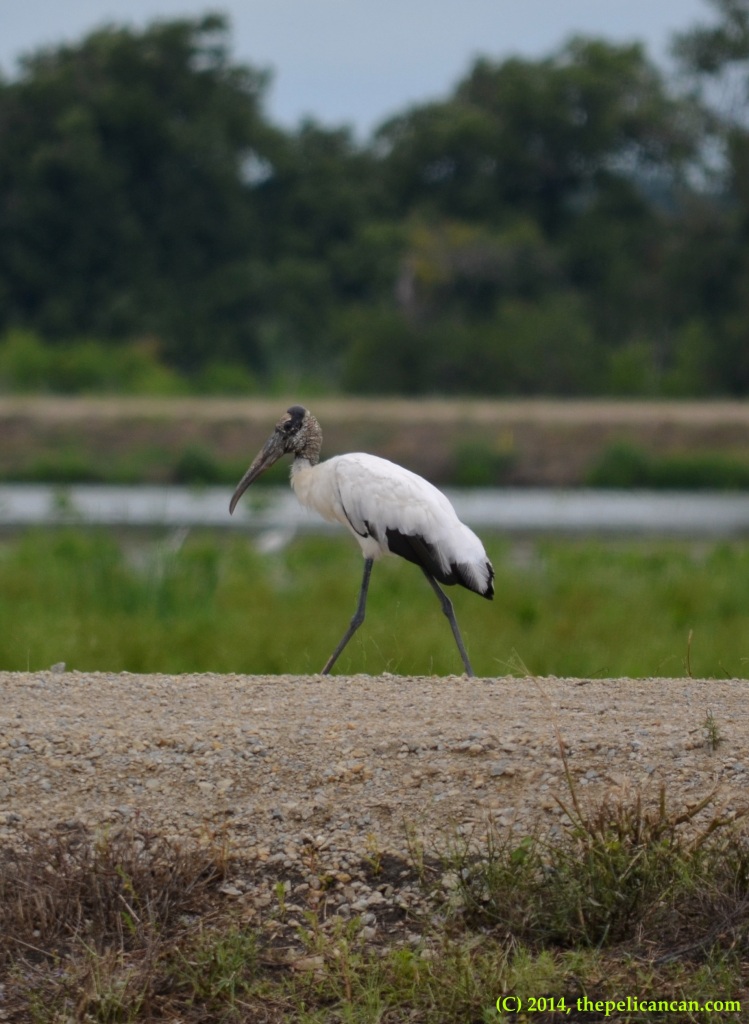 See a stork walkin’ down the street. She’s just the kind of stork that I’d like to meet. It ain’t her head, her claws, her feet. It’s something much more discreet . . .

Occasionally we would have to drive on roads filled with wood storks, great egrets, snowy egrets, American white ibises, cattle egrets, neotropic cormorants, anhingas, and herons. They would amble away from the car, and when we got too close, they would fly several yards further down the road. When we caught up with them again, they would repeat their actions: amble and fly. We were never able to get close enough for good sharp pics, but I’d rather not get too close than seriously freak out the wild birds. 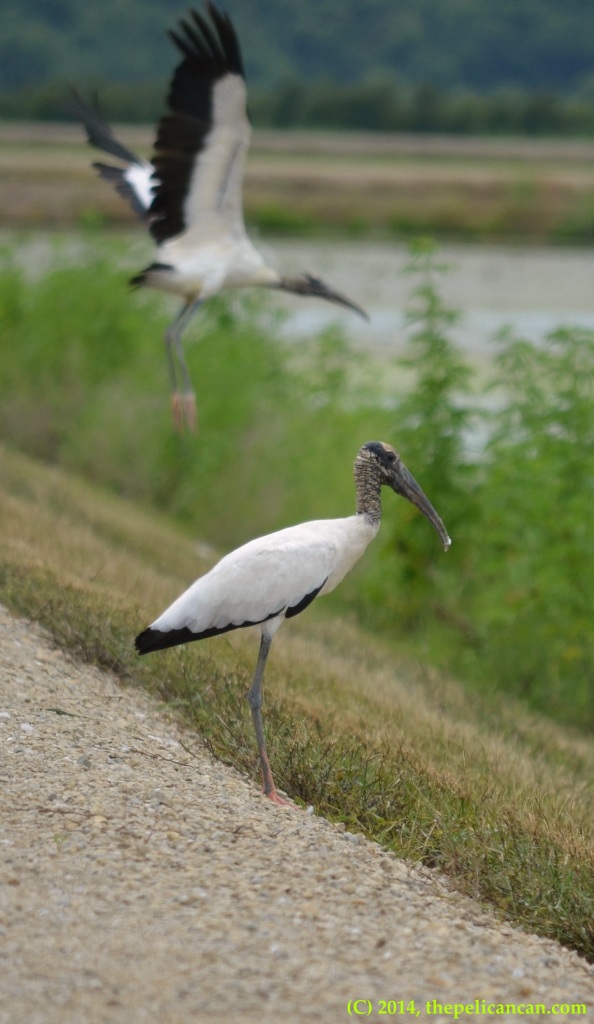 WHY IS THAT HUGE WHITE COW COMING TOWARD ME? 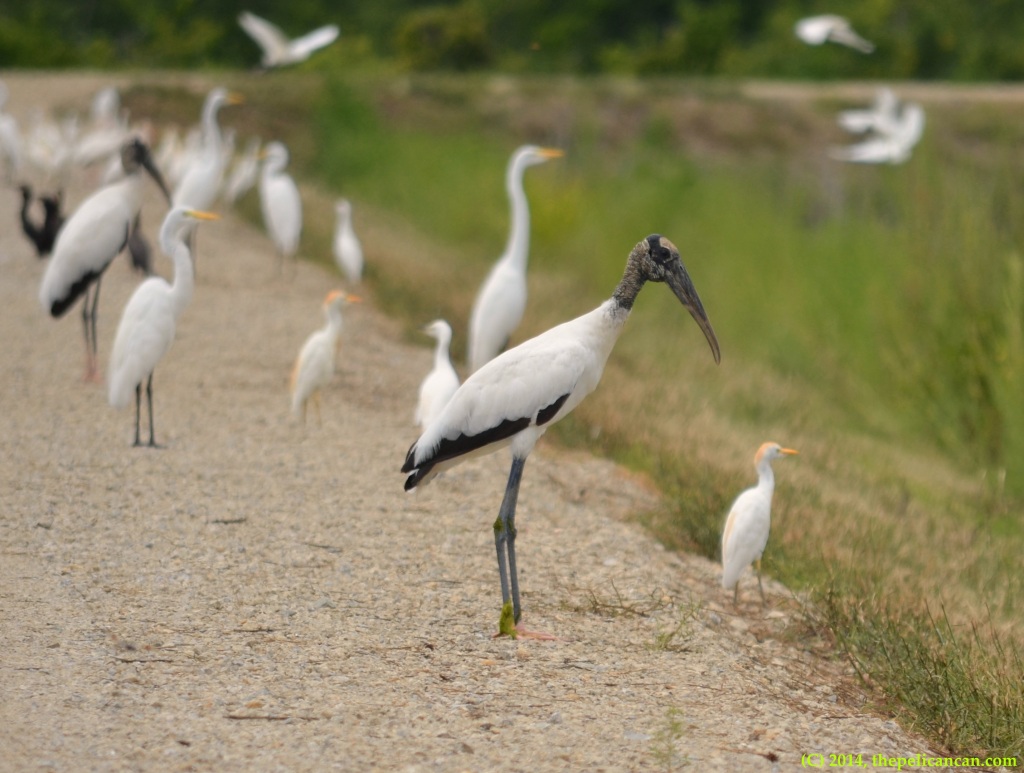 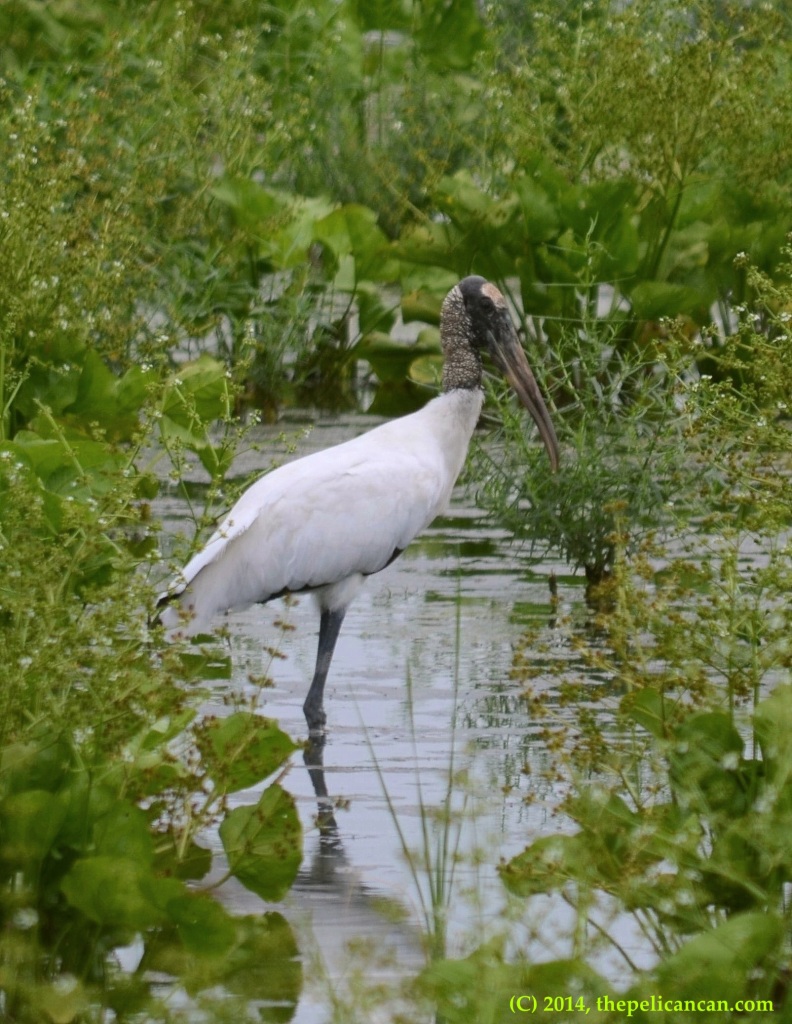 A large number of wood storks were roosting in trees near the rookery. They are such weird-looking birds. I remember how I described them to Q before he saw one in real life: it’s got the head of a black vulture, the beak of an ibis, and the body of a pelican.

On the first day of Christmas, my true love gave to me: some wood storks in a dead tree.

Hey, ibises! Lookin’ good! How about we all go for a nice flight around the swamp? 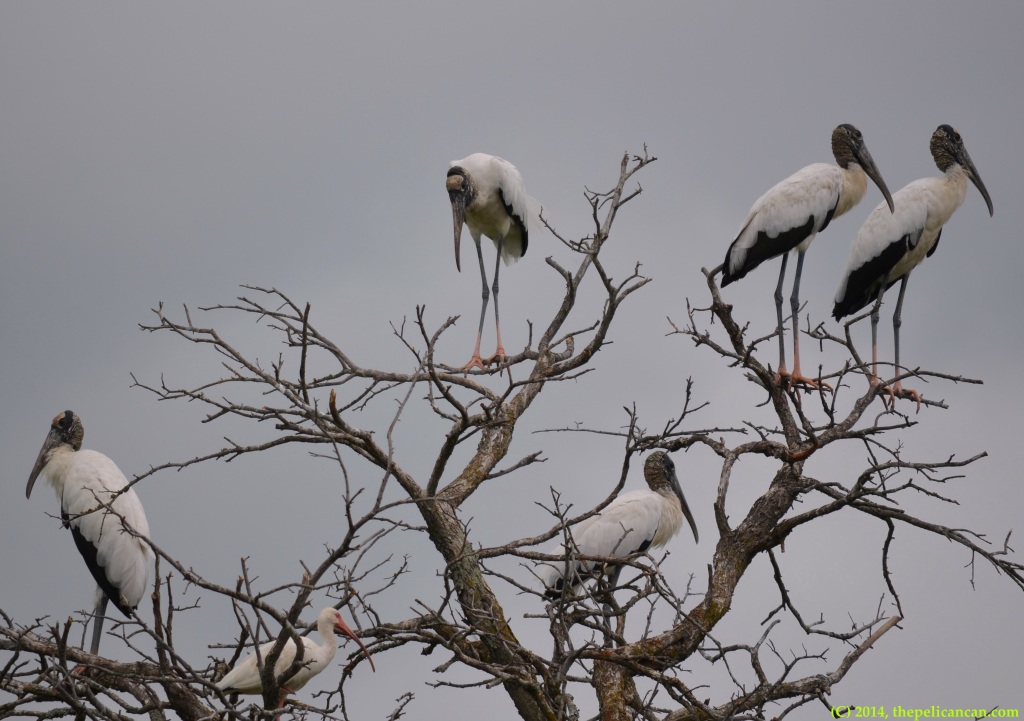 Despite Elena’s overwhelming desire to be a ballerina, she could never master first position.

Juvenile male shovelers think that they are badasses? We will disabuse them of that notion! 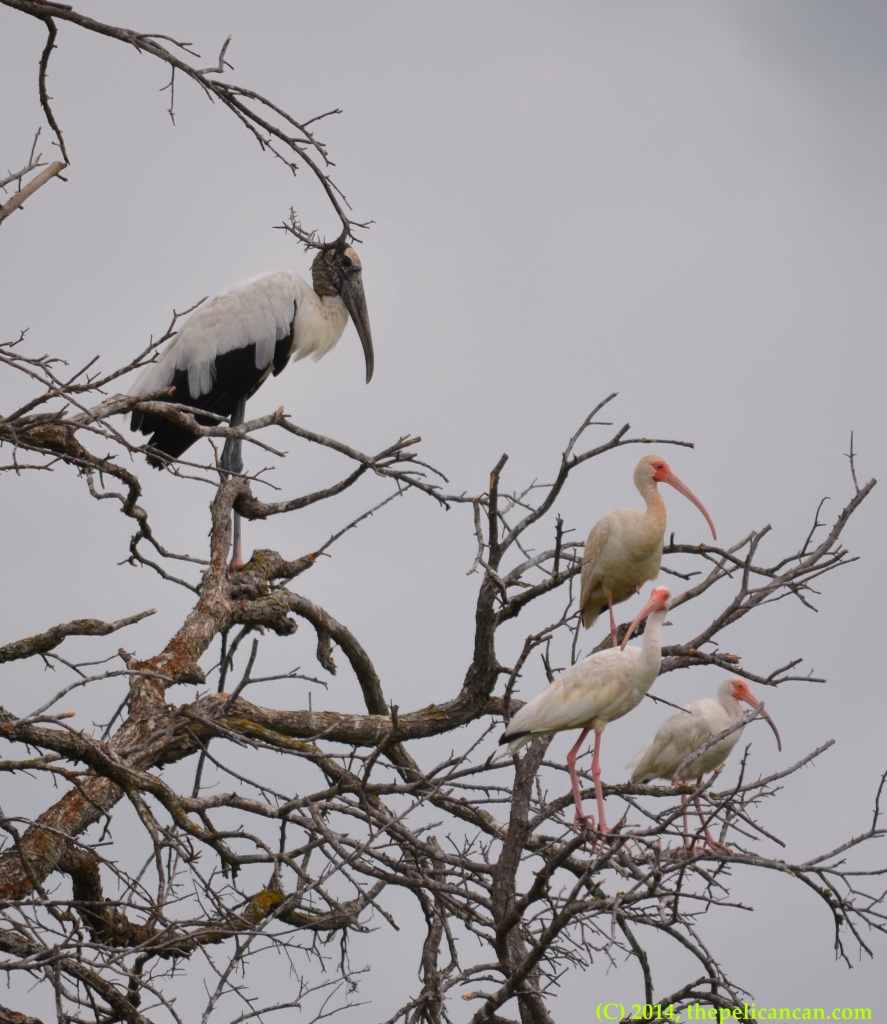 Ewww, is that wood stork STILL creeping on us? Let’s go find another tree. 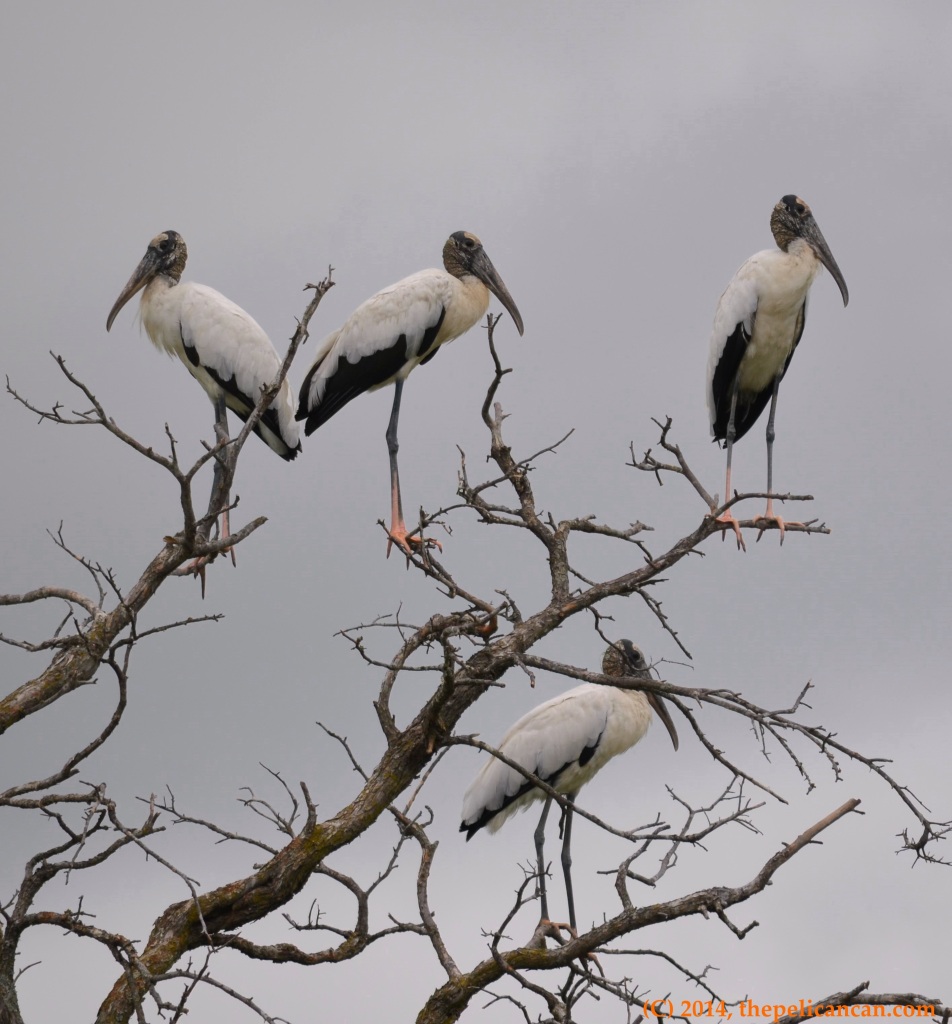 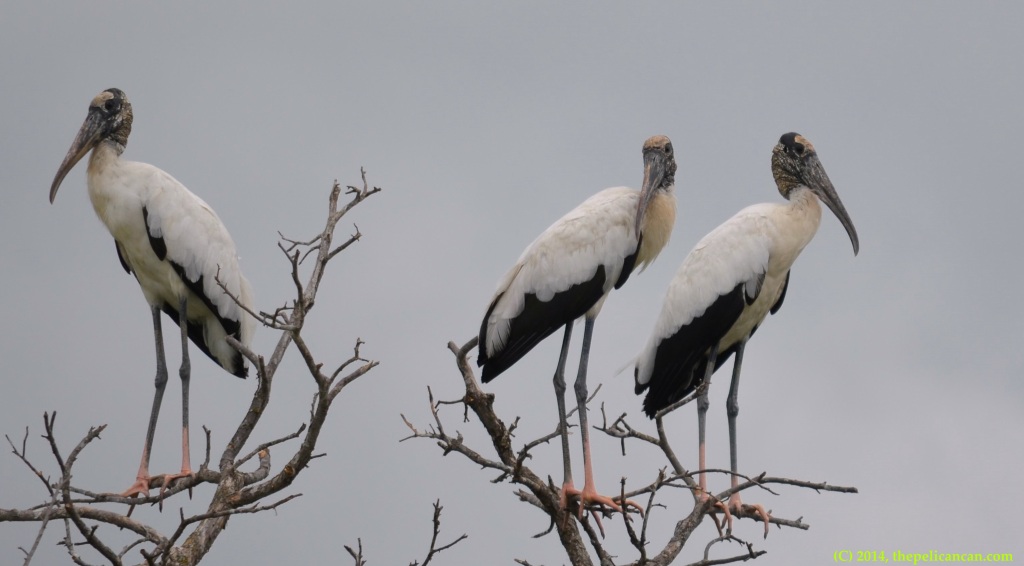 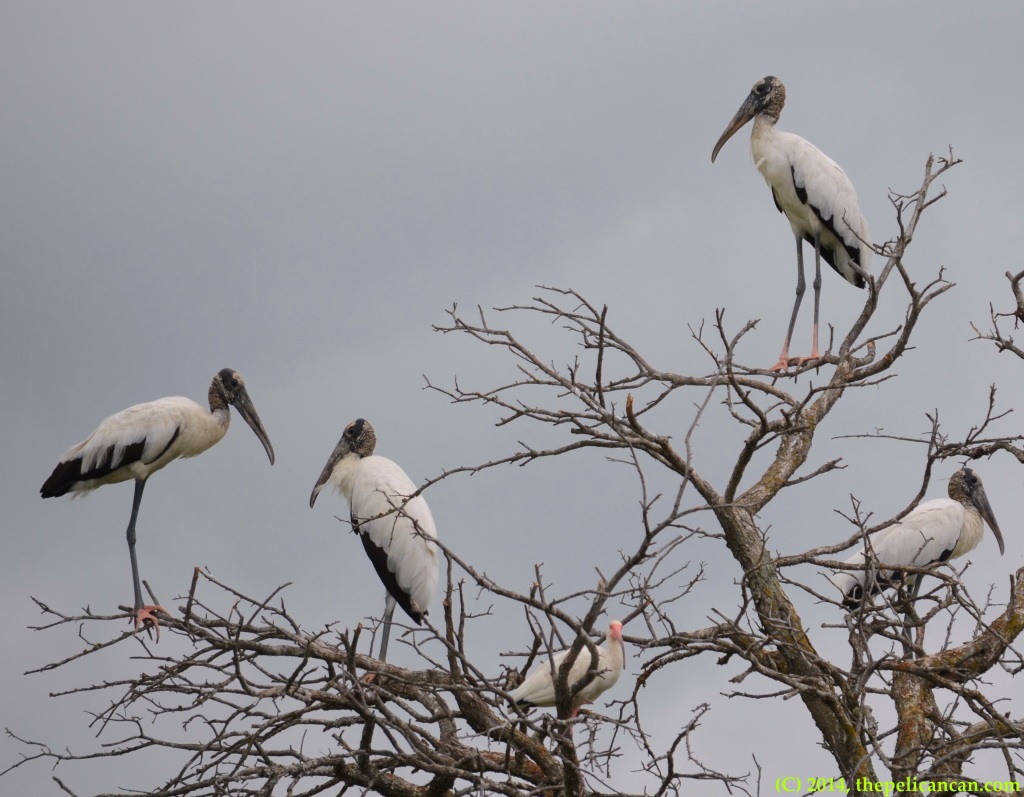 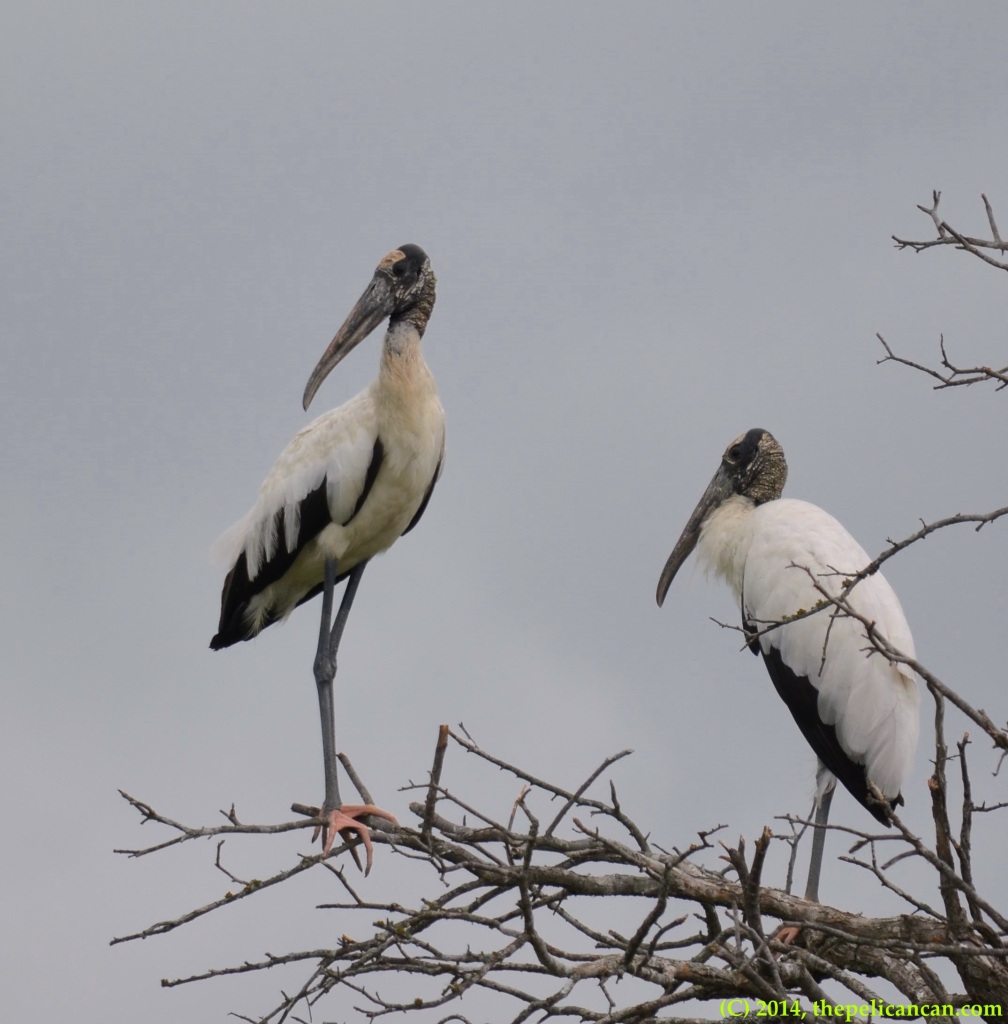 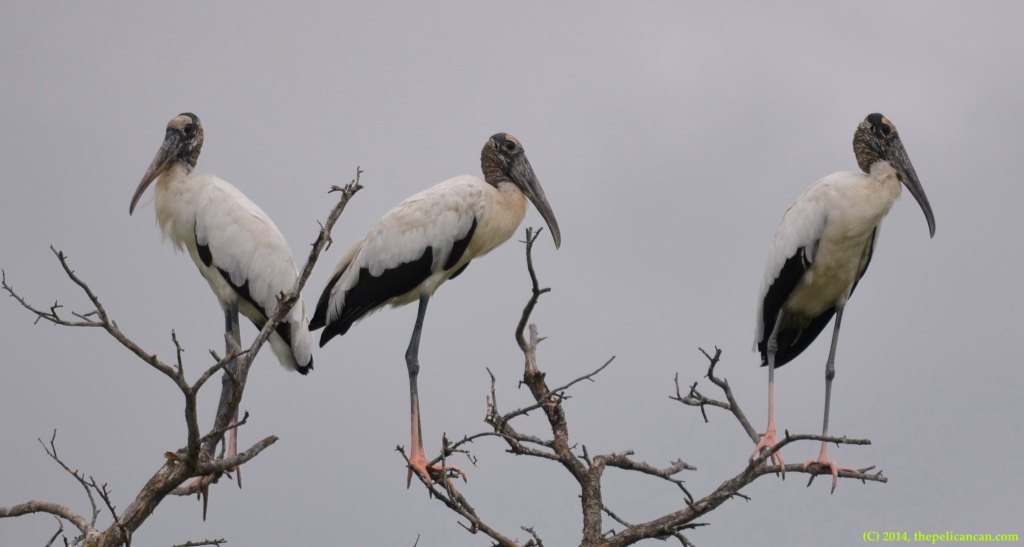 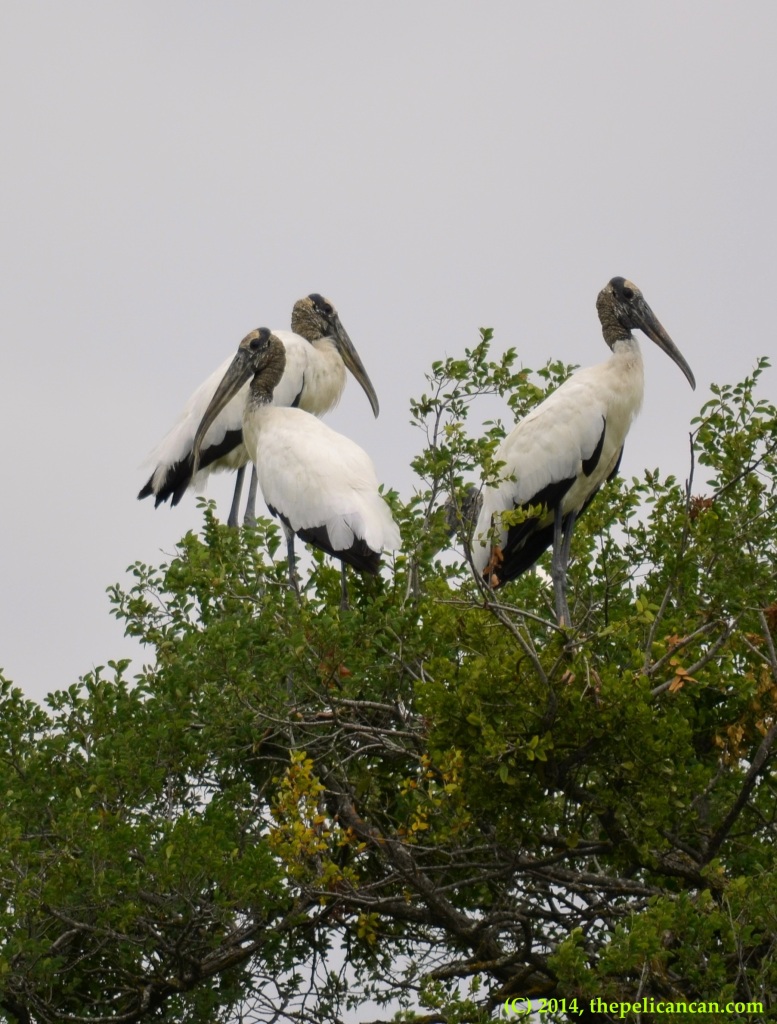 The rookery was on private land that abutted the WMA’s land. Cormorants, anhingas, and all kind of egrets nested there. Although we didn’t think they nested successfully, there were also a few roseate spoonbills! 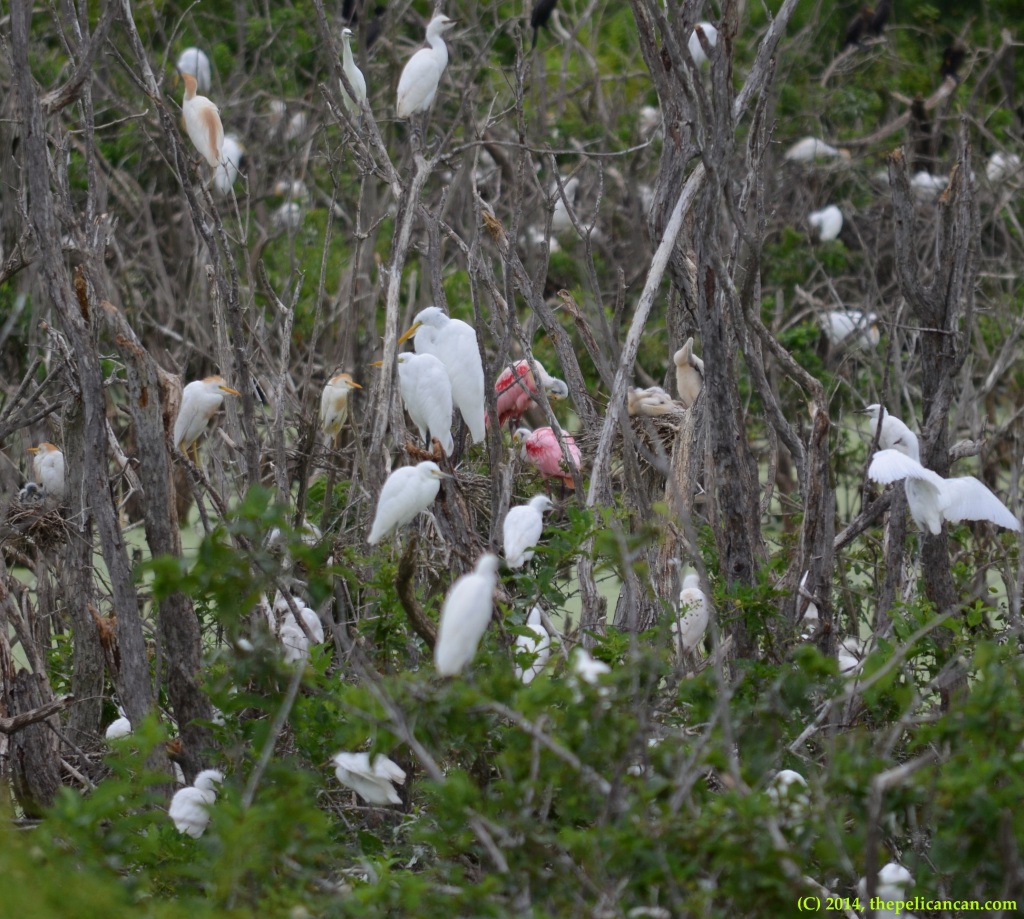 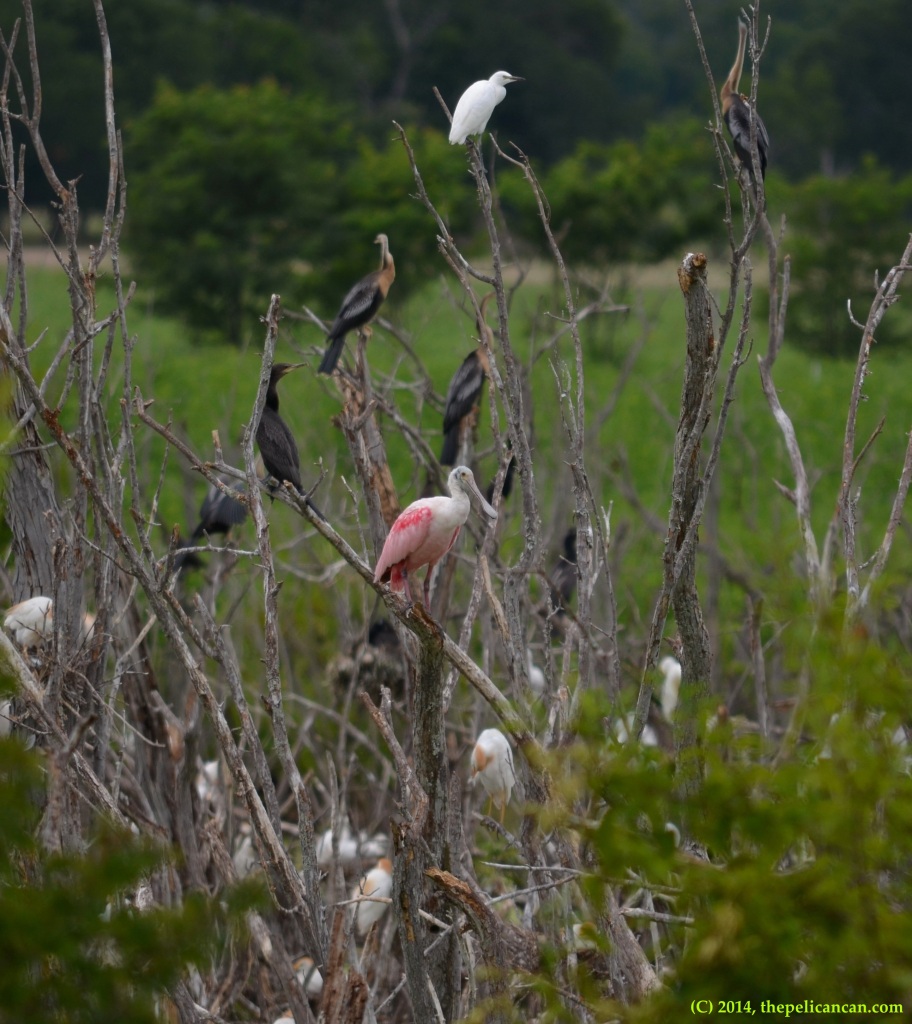 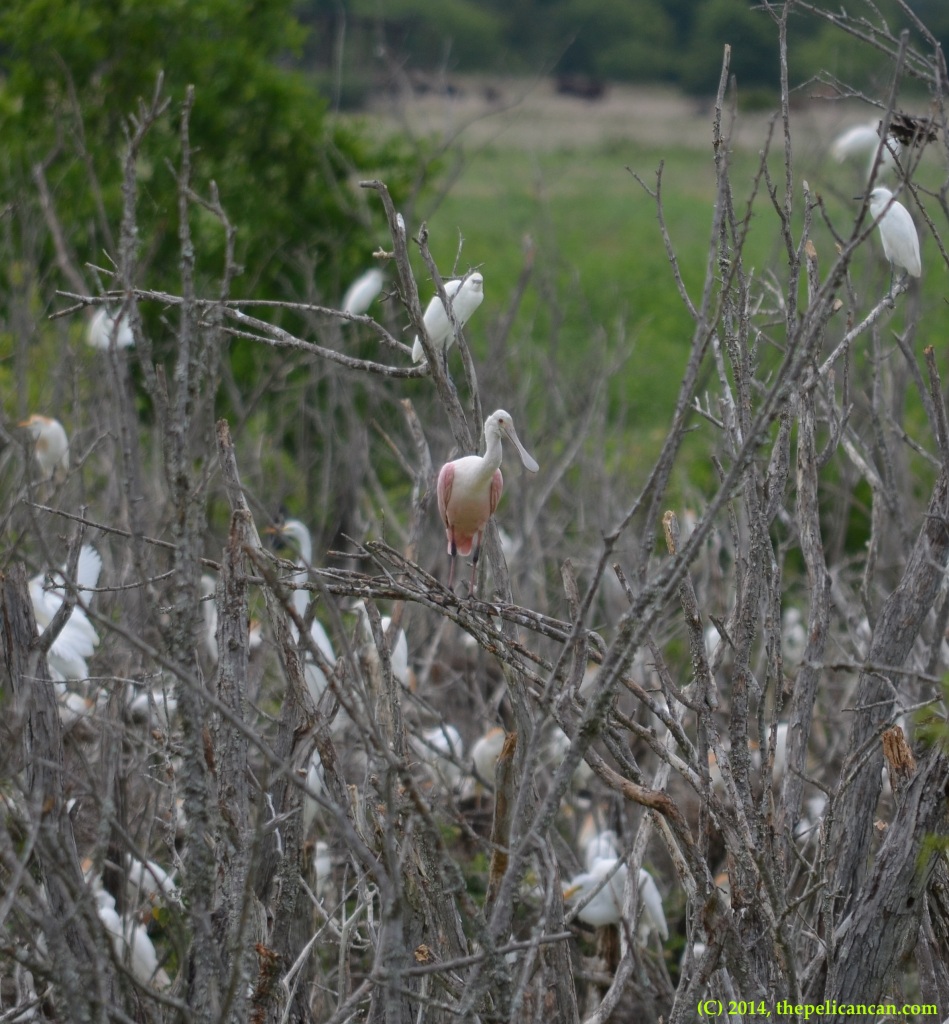 It was Q’s first time to see a roseate spoonbill. I had seen some at Merritt Island, and I had briefly seen one flying in a flock of ibises on our first visit to Richland.

Right as we were about to leave, a turkey vulture landed near the road. She was only there for a couple of minutes before a mockingbird harassed her so intensely that she took off.

We will have to go back sometime this winter and see who is there.