UPDATE: While looking through pics from this fall, I was able to definitively get the first four numbers off of Copper Woman’s band and submit the full 9-digit number to the BBL. Copper Woman is also known as 0669-53861. She was banded as a chick in 2008 and originated from Marsh Lake, Minnesota.

When I see a tagged pelican at White Rock Lake, I report her to the Bird Banding Laboratory. Last year I reported birds that originated at Marsh Lake in Minnesota; Chase Lake in North Dakota; the Great Salt Lake in Utah; and Minidoka National Wildlife Refuge in Idaho. I see many more banded pelicans than tagged ones, but I can usually only decipher a few numbers from the bands, and the BBL only accepts the entire nine-digit code.

Last January I was able to get five numbers off a pelican’s band: 53861. I saw her again a few months later at White Rock Lake, and I suspect she was there throughout that interval, although it would be difficult to confirm.

Two days ago, when the pelicans moved to the Stump and the Shore Log, much closer to people than before, I noticed a pelican with a coppery-looking band on her left leg. I’d never seen a band of that color and tried to get pics to decipher the number. I didn’t succeed.

But today I did.

And when I read the numbers that were visible, they were the same numbers as the pelican from last year: 53861. I suspect that the copper coloration might be from the band changing colors as it ages. Regardless, I shall call the pelican Copper Woman. 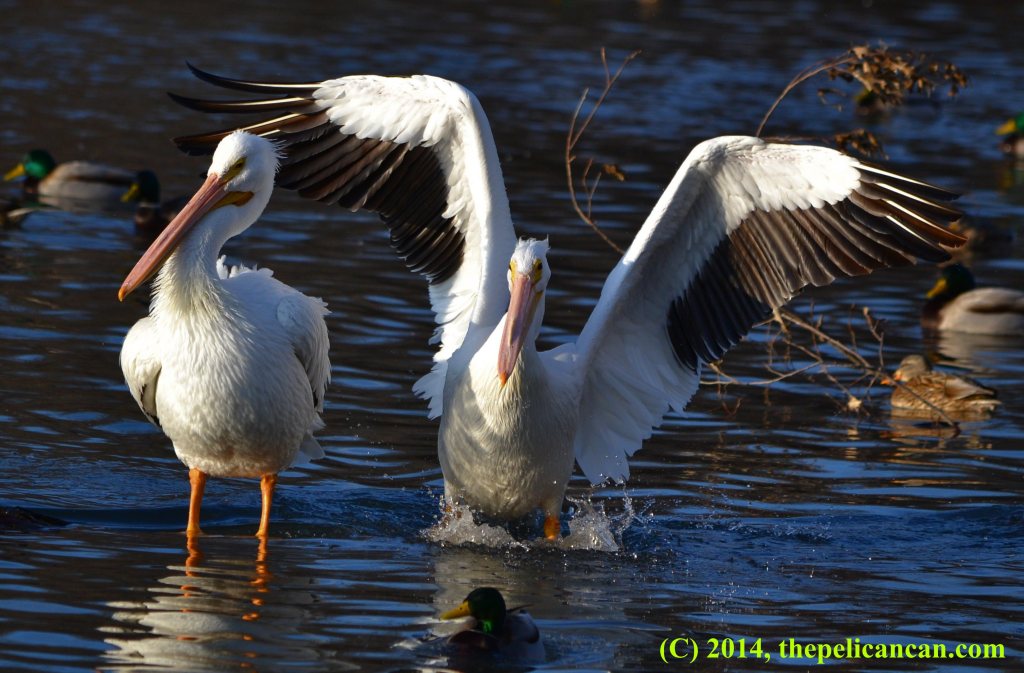 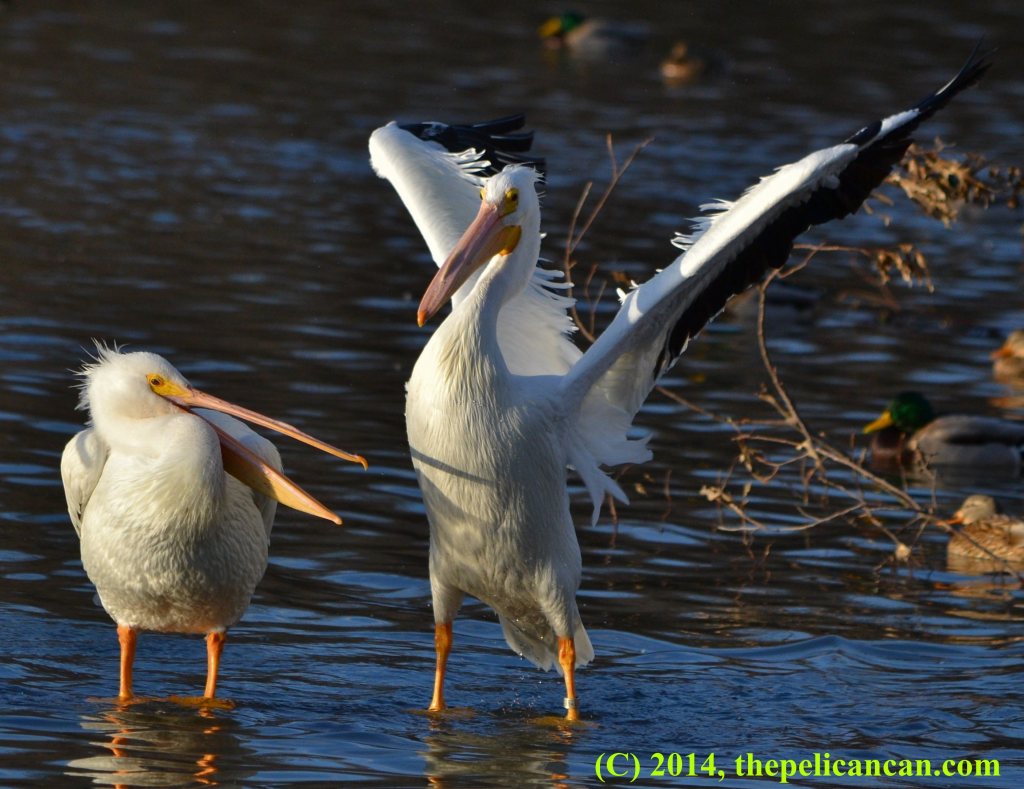 She beats her wings triumphantly.

Copper Woman is on the far left. 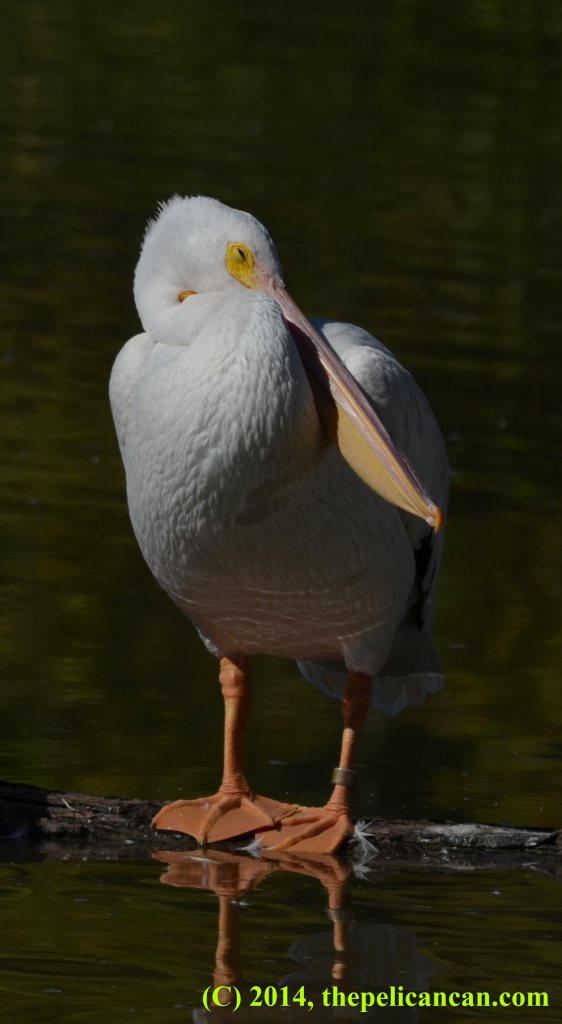