Today was supposed to be much sunnier and warmer than the past several days, so I went out to the lake to see what was going on. Unfortunately, a lot of other people had the same idea. A gullnado swirled around the dock as people tossed bread up into the air, not caring that the wind was causing the bread to change directions and pelt others standing nearby.

After about thirty minutes, I noticed a small group of pelicans soaring over the bay. They descended very quickly. As I tracked a juvenile coming down, I noticed she had a green tag on her wing. “Maybe a Minnesota bird,” I thought, but then I saw a second tag on her other wing. “A Salt Lake City bird! I haven’t seen one of those since S21!” 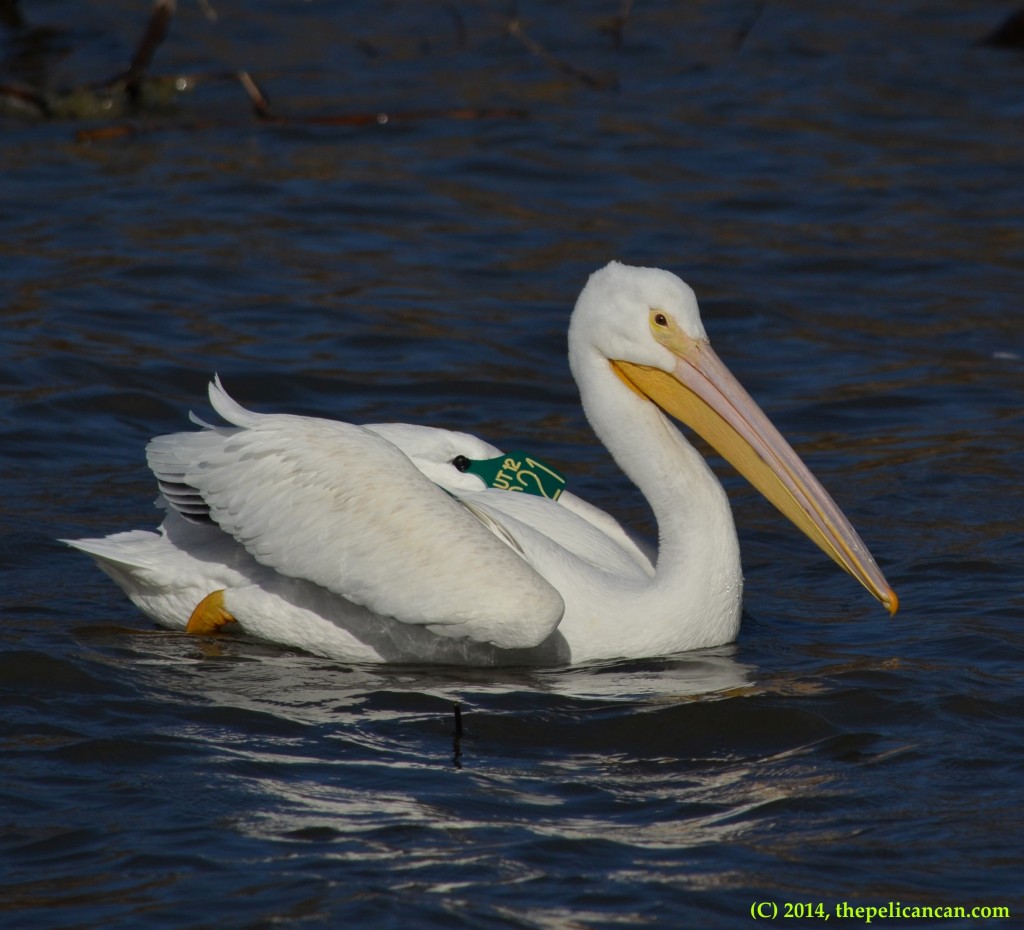 DID YOU MISS ME? I WOULD HAVE MISSED ME.

S21 was not my favorite pelican from last year, but she was one hell of a firecracker. I am looking forward to watching her antics if she stays at Sunset Bay.

Q and I had wondered if S21 would be back. She stayed for so long last year. Of course, we didn’t know where she would be going in the spring and where she might end up again in the fall. And she was a first-year pelican, and first-year pelicans have high mortality rates. We both really wish that the Bird Banding Laboratory would allow people who have reported a bird to access other reports about the same bird to see where else it has been sighted. It would be awesome to follow S21’s journey away from White Rock Lake and her return.