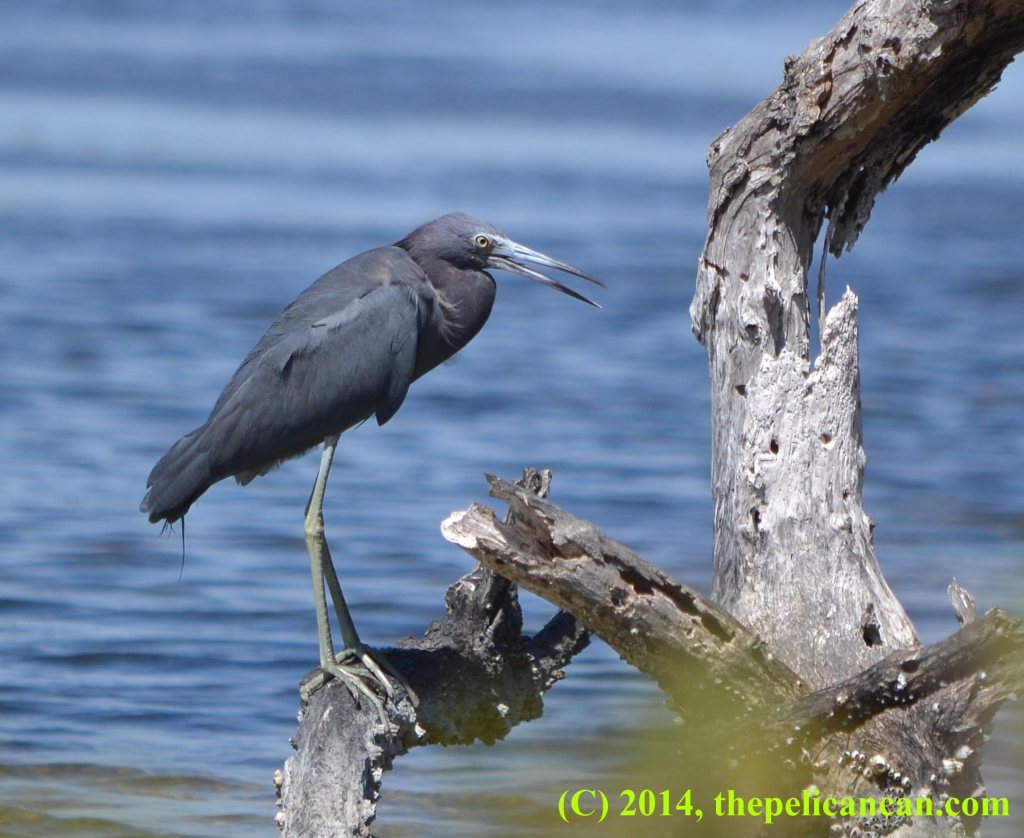 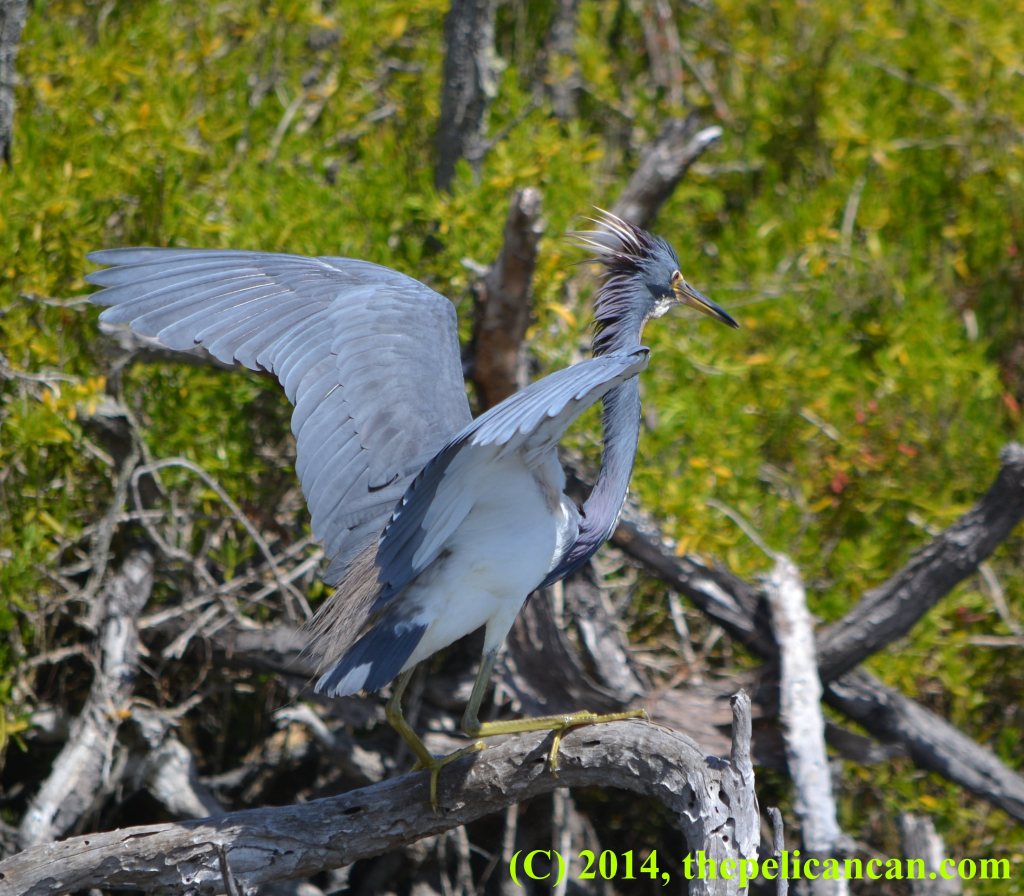 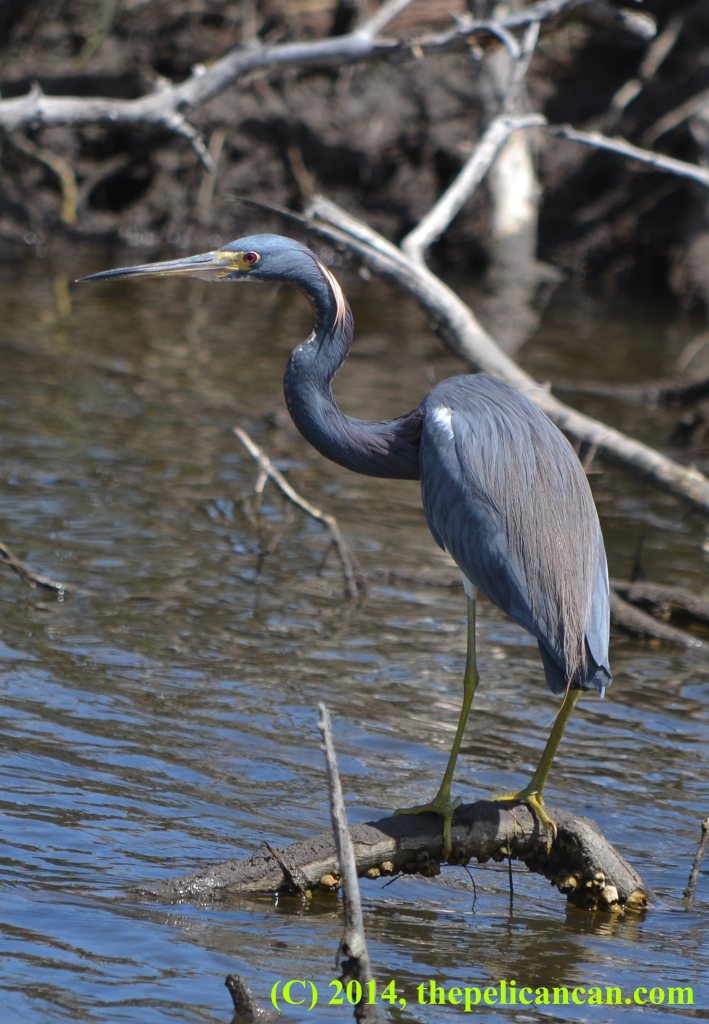 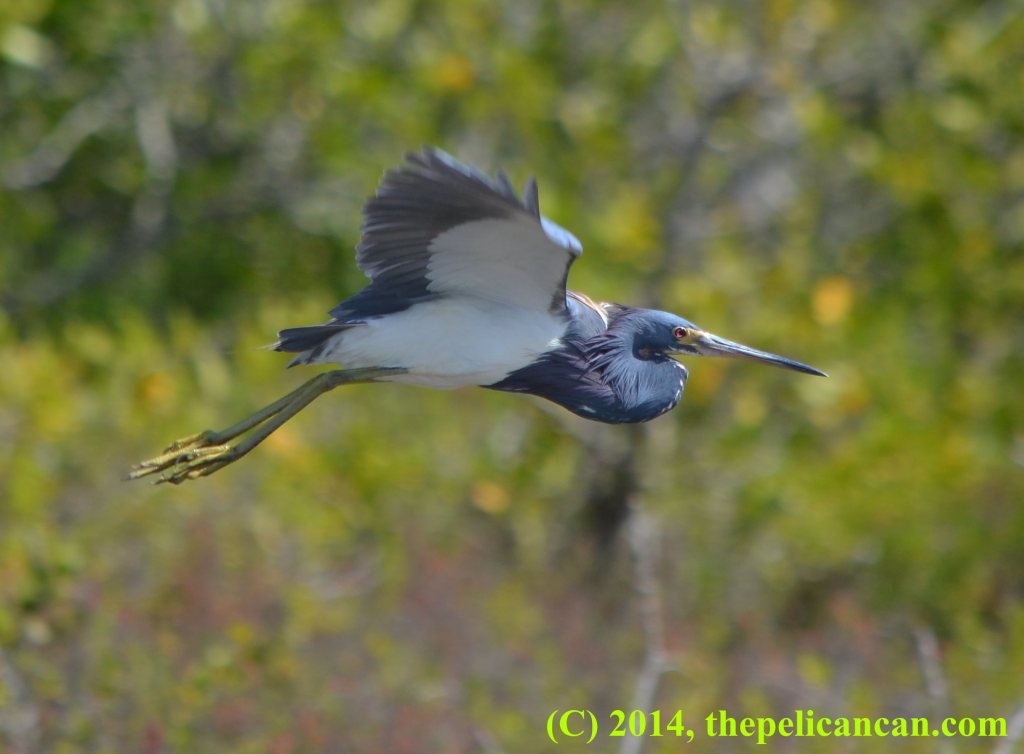 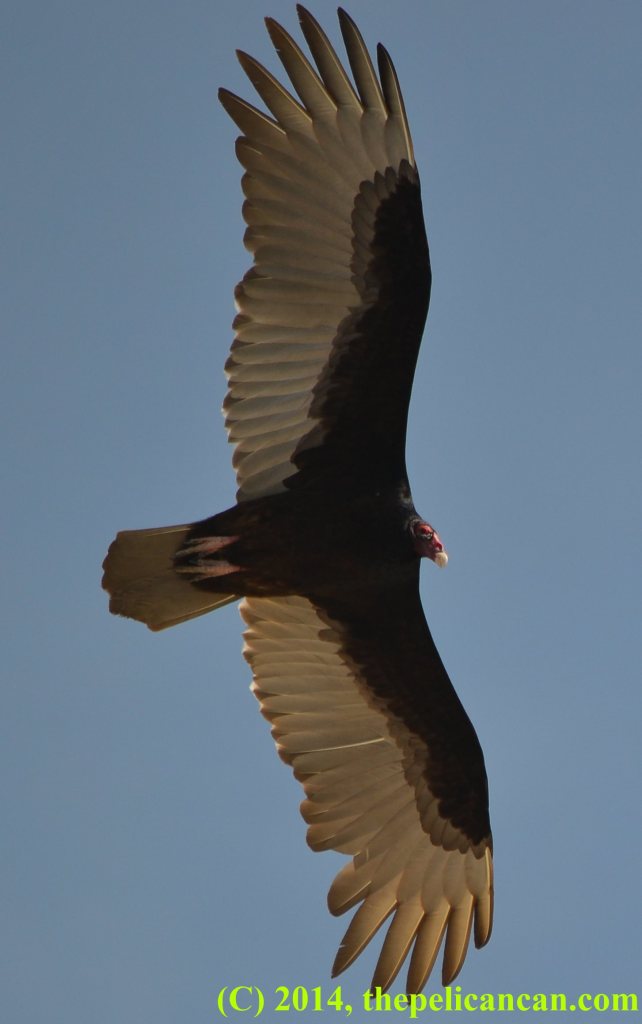 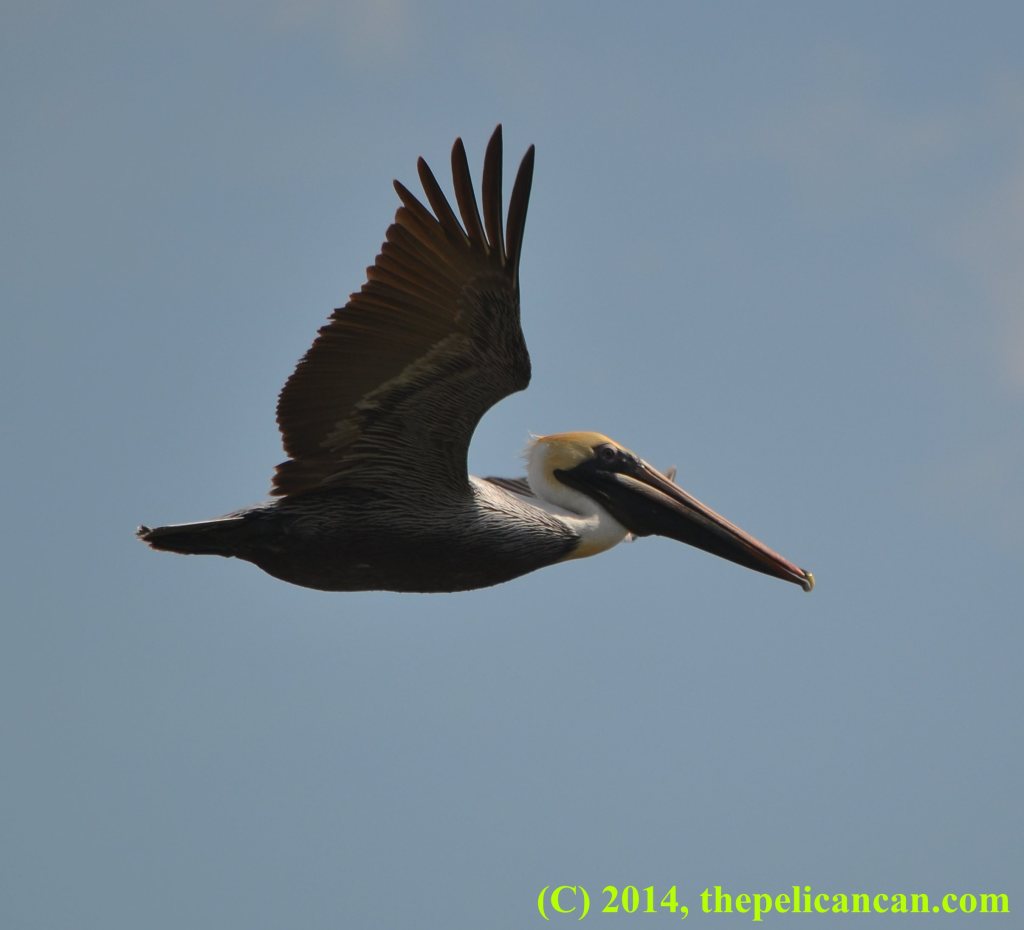 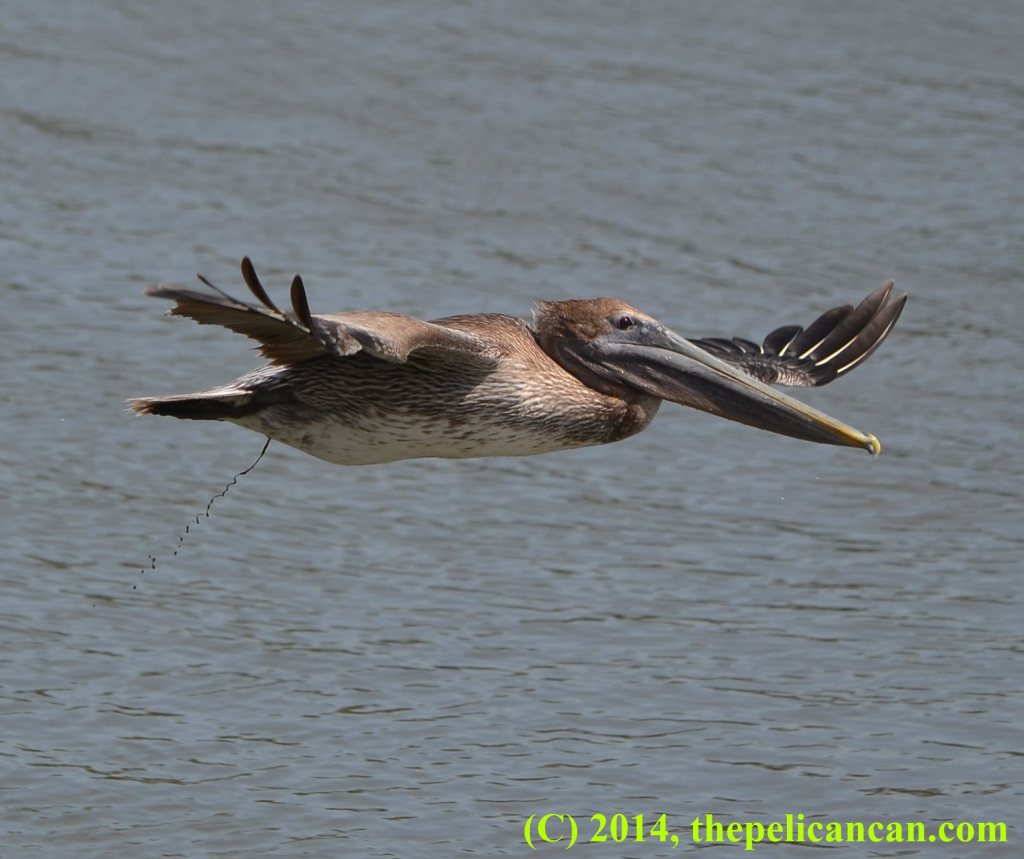 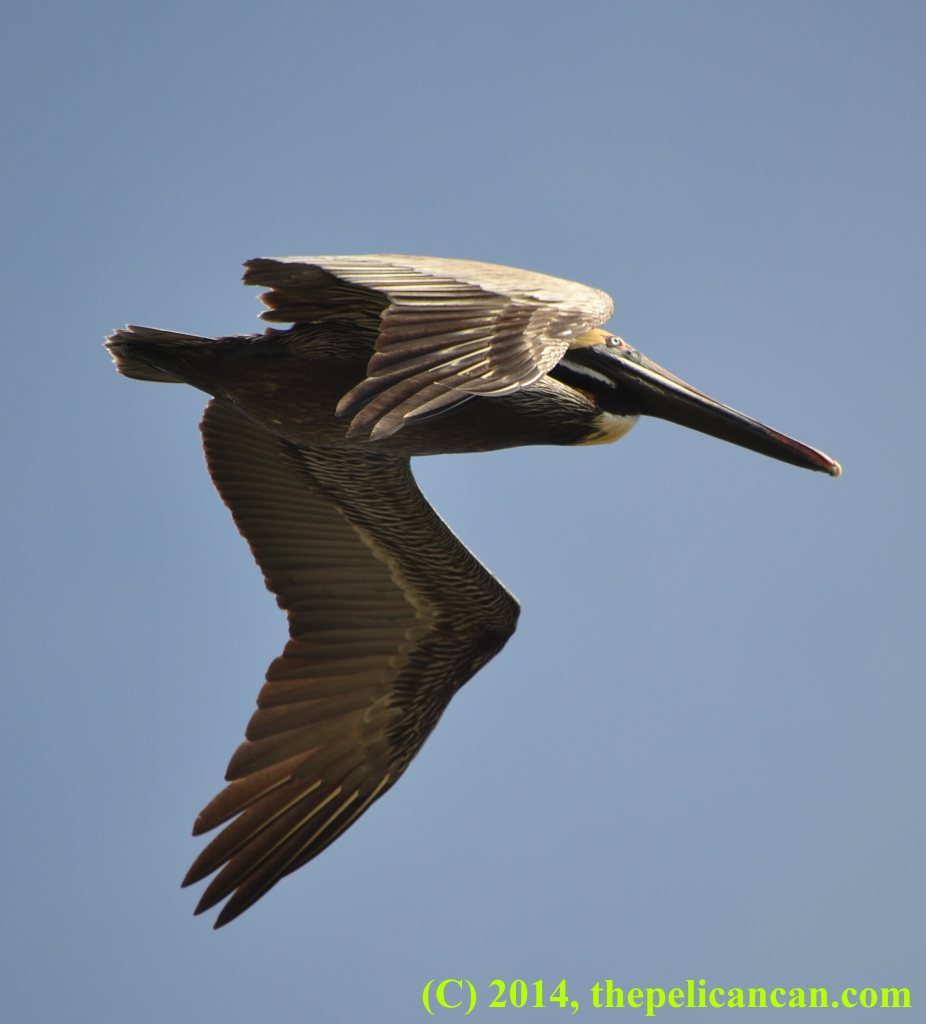 A while ago I talked with J R Compton about what he thought were the two main types of birders: watchers and listers. Watchers, he said, are pretty much happy with whatever bird turns up, while listers know what they want to see and seek out their target.

I had a boss who was a lister. She asked me if I had a birding bucket list and seemed surprised when I said I didn’t.

In general I consider myself a watcher. I like pretty much all birds, and they can all be interesting. I even like grackles and gulls! But there were a few birds that I really hoped I could see. One was a tricolored heron. Another was the brown pelican.

Since I was going to be in Florida, I thought I might try looking for some brown pelicans while I was there. I found a likely spot in New Smyrna Beach, and off my mother and I went to find the birds.

The only problem was that I never found the turn-off that would take us northwest to where the birding location was, and we found ourselves going southeast along A1A, which runs along the Atlantic Ocean. My mother didn’t have a physical map, and my phone was refusing to reload any imagery of the map I had up. We talked about pulling over randomly and walking out to the beach, just to find out if we could see anything, but before we could decide to do that, I saw a sign for the Great Florida Birding Trail.

“Let’s follow that and see where it goes,” I said.

It went to the Canaveral National Seashore.

We spent a little bit of time on the Indian River side before going out to the Atlantic to look for the brown pelicans. 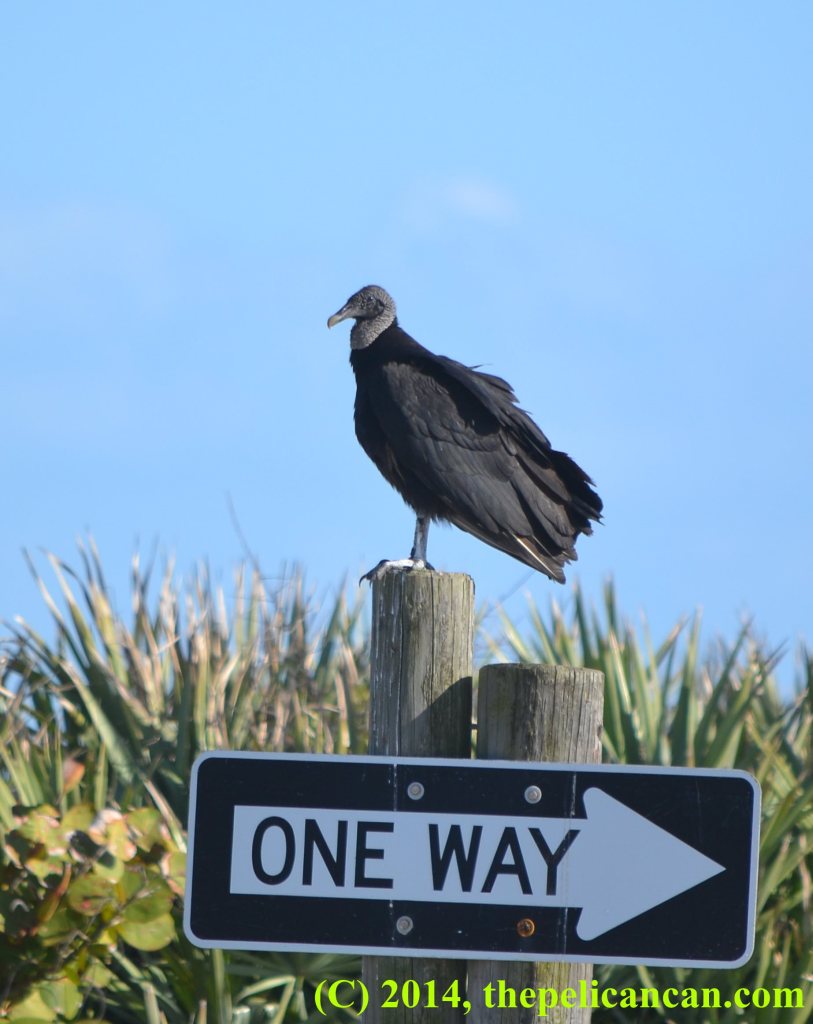 Not a brown pelican, but welcome nonetheless.

There were a few birds hanging out on the beach.

All the Forsters Terns at White Rock Lake will see this pic and begin to mournfully sing, “And we’ll never be royals . . . “ 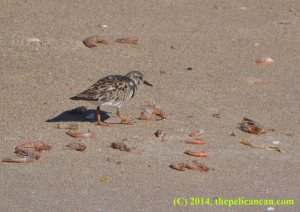 Then my mother spotted a group of brown pelicans. Several small groups came through in waves, and occasionally a loner would fly in by herself. The pelicans were flying from south to north. Because I was so used to white pelicans, the coloration of the brown pelicans shocked me; they looked as though they had painted their faces with garishly colored make-up. 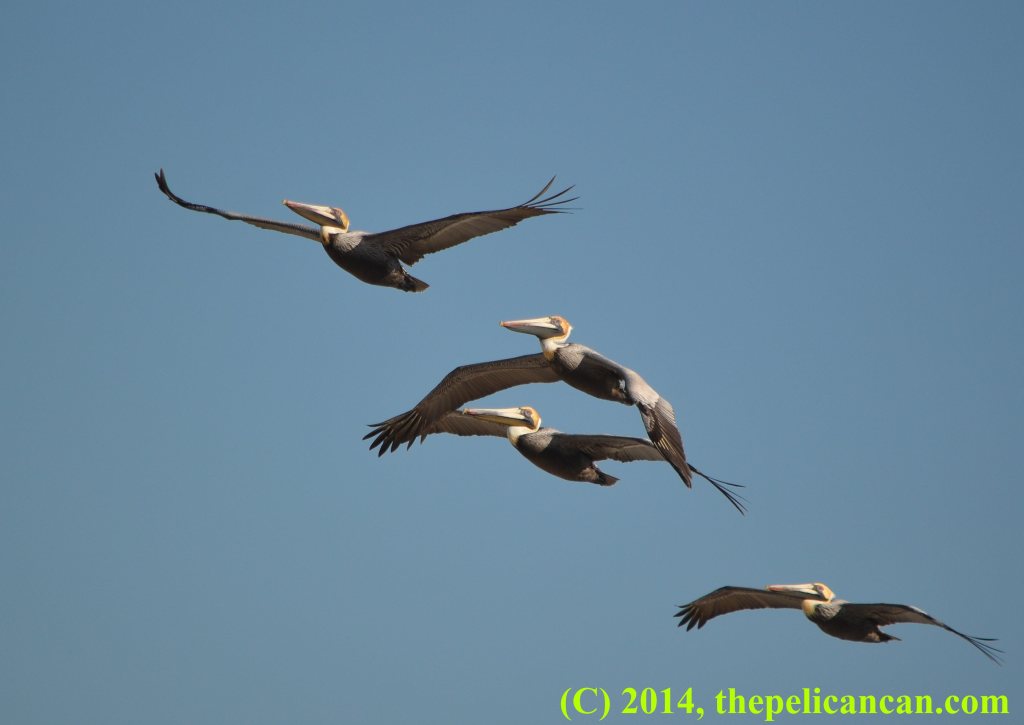 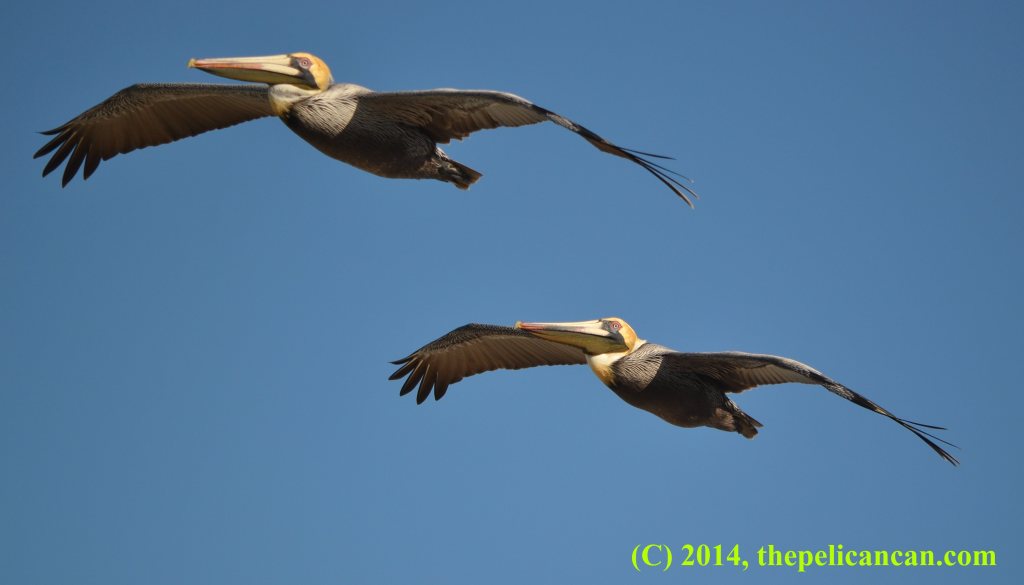 When I would watch groups of pelicans fly into Sunset Bay to loaf, I would hum the opening to Holst’s “Mars.” I did this with the brown pelicans. My mother tried to compete with me. She began humming Wagner’s “Ride of the Valkyries” despite my protestations and explanations why “Mars” was clearly the better choice. She won. I started humming “Ride of the Valkyries” with her as the pelicans soared over us. 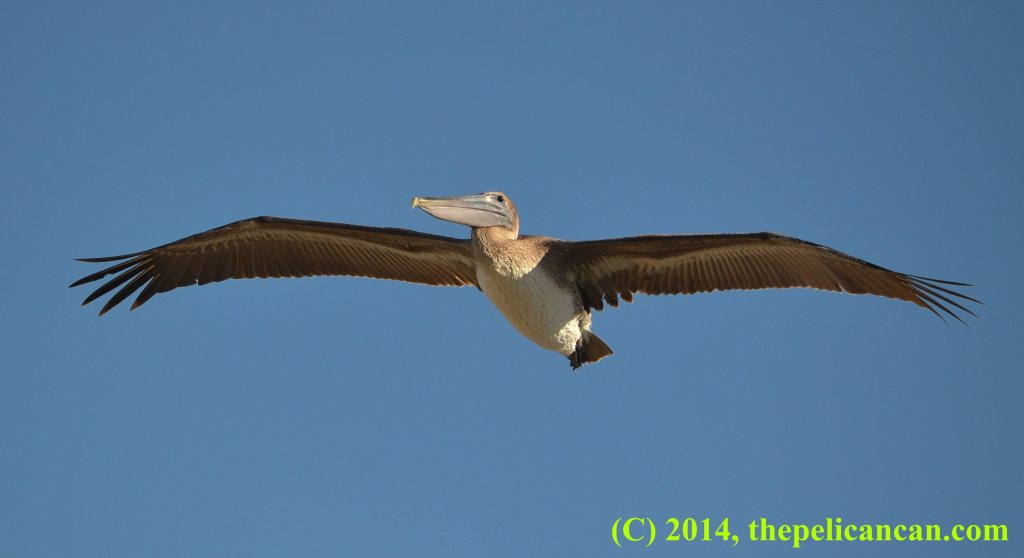 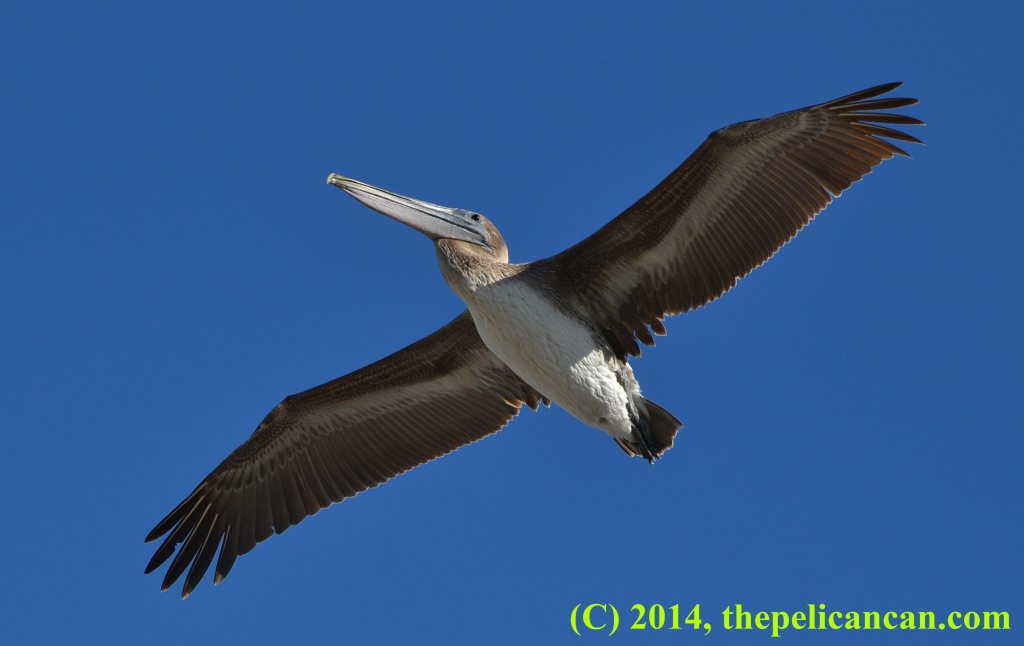 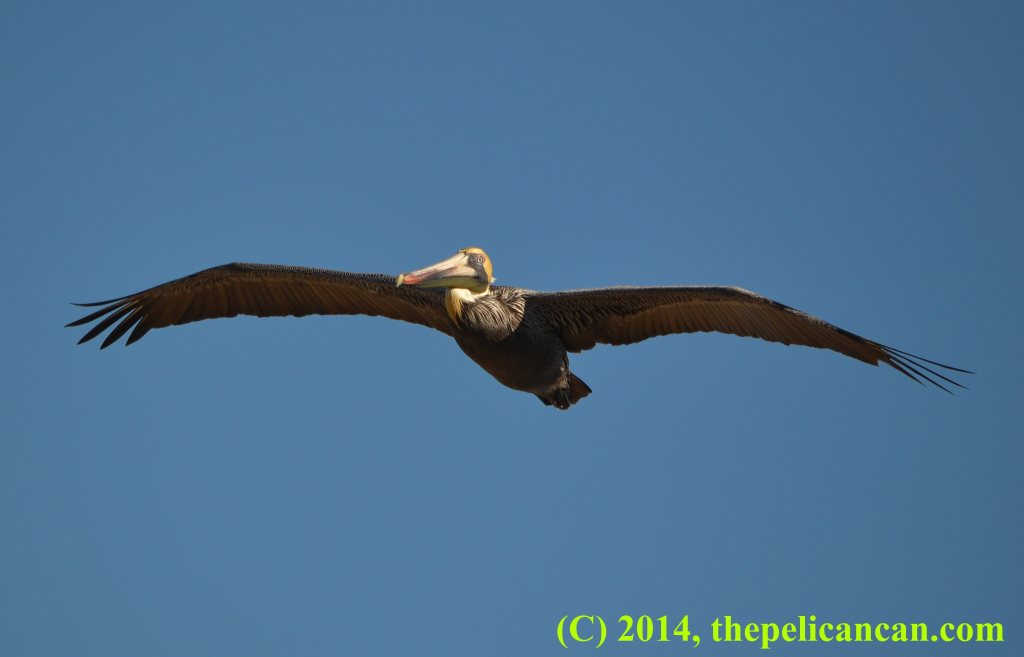 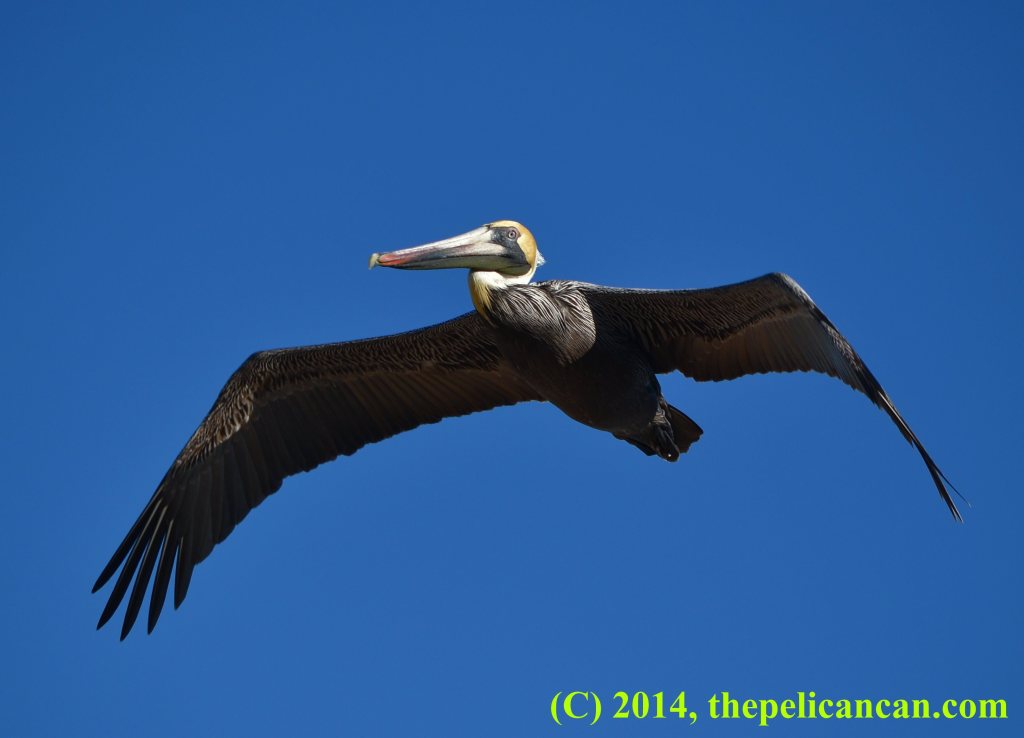 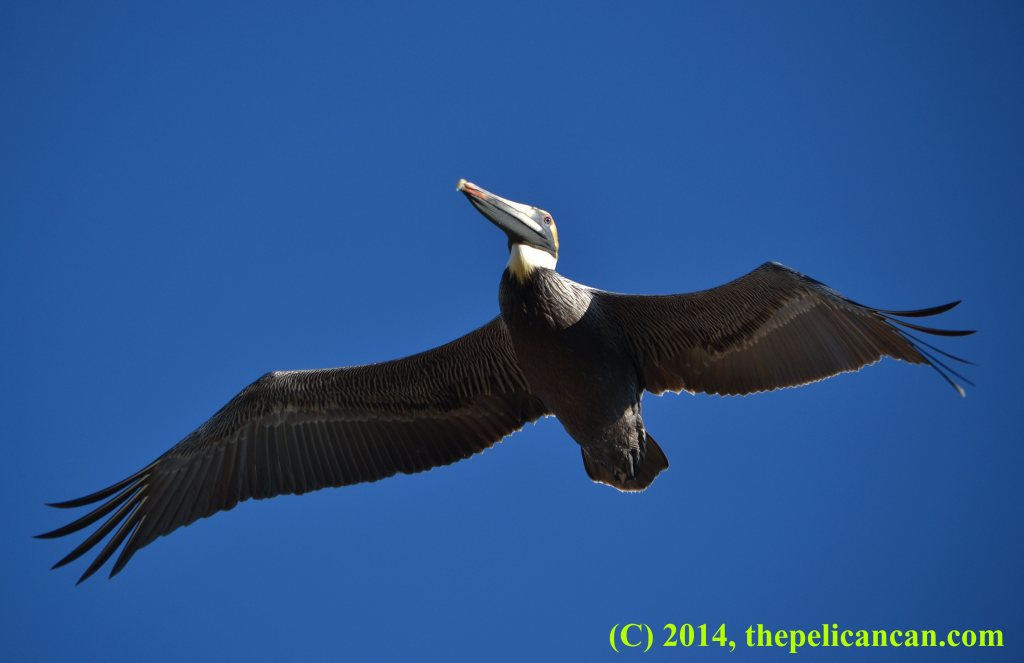 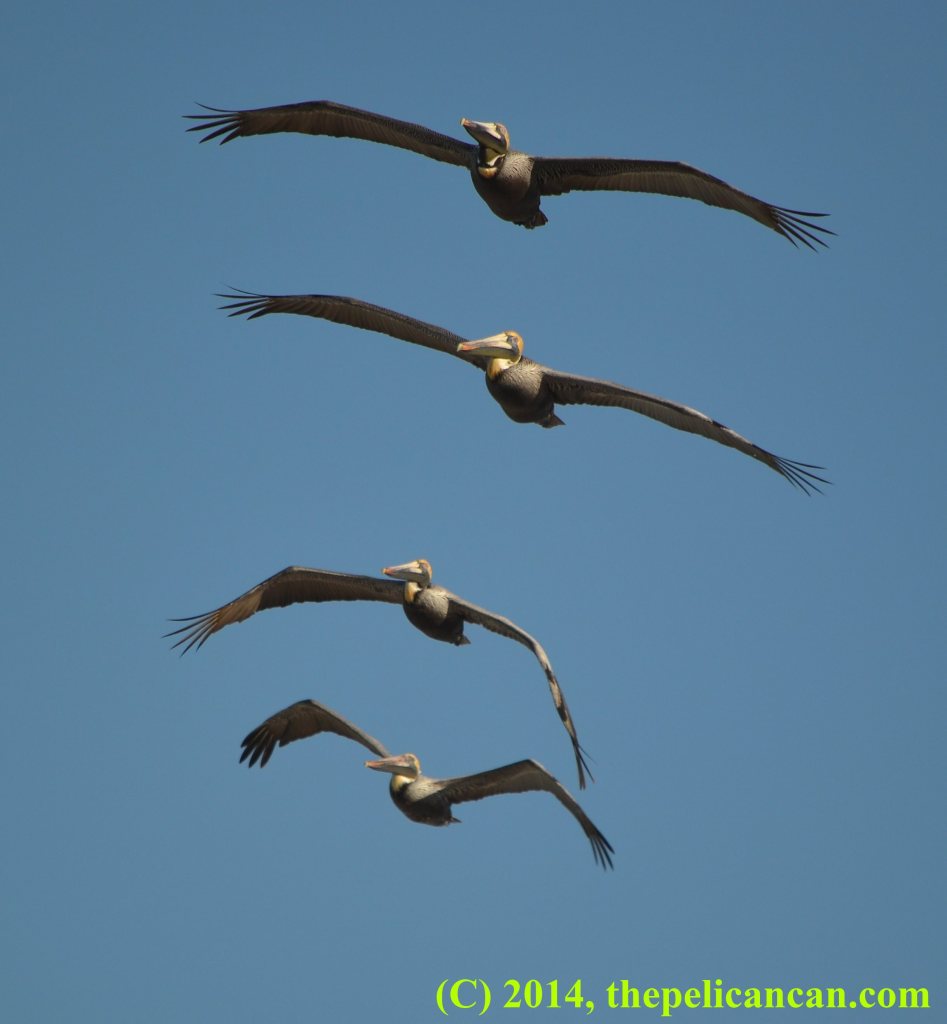 We decided that we’d had a good outing and that we’d let one more flock of birds go by before we left. After all, we had driven much further than we’d anticipated and still had to get back home. 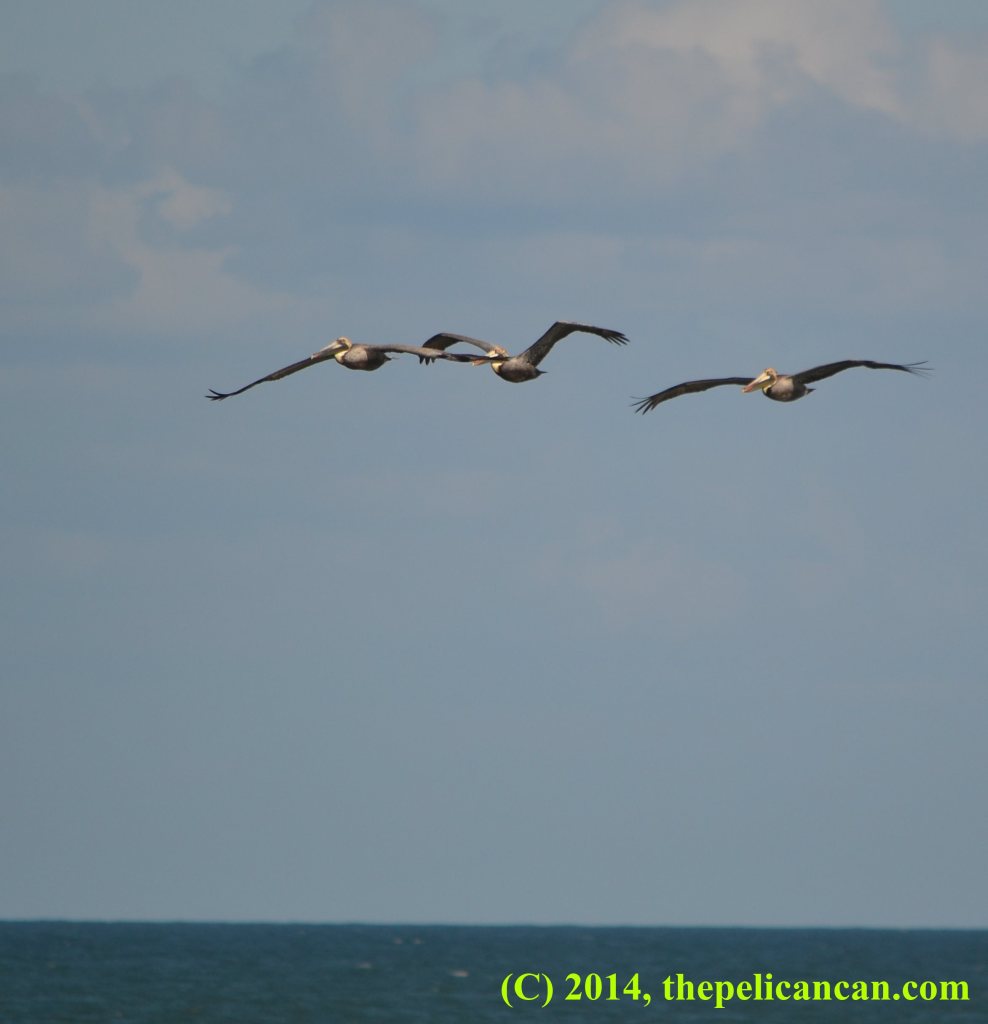 Good night, and thank you.