October 3 was a good birding day. As anticipated, the cold front brought over ten new pelicans to White Rock Lake. Almost all of the pelicans, new and old, left their log and swam together in circles around the bay, hunting. While I was chasing them, K texted me and said she was coming down to Sunset Bay—she had the afternoon off. She followed the pelicans with me for a while and then went to the dock. I stayed out a little longer before deciding to go wait on the dock for the pelicans to wind their way back. When I got there, K pointed out across the water and said, “Eagle!”

I followed the direction of K’s finger and saw a large dark bird with a white head standing on one of the far-away logs where the pelicans loaf. She was only there for five minutes before she flew off in the direction of Winfrey Point. 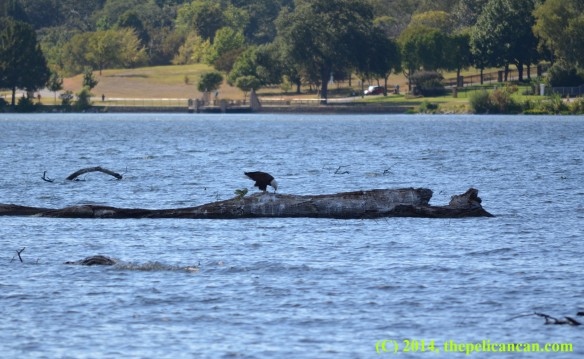 The bald eagle on a log as viewed from the dock at Sunset Bay. She appeared to be eating something. At least here in North Texas I can be reasonably sure she didn’t steal it from an osprey, unlike the bald eagles in Central Florida.

The eagle walked across the log and dropped down into a lower section where we could barely see her unless she lifted her head. I told K that I was going to walk along the shore and find a better place to photograph her.

I was briefly distracted by the pelicans, and when I looked back, the eagle was no longer on her log but flying across the water. 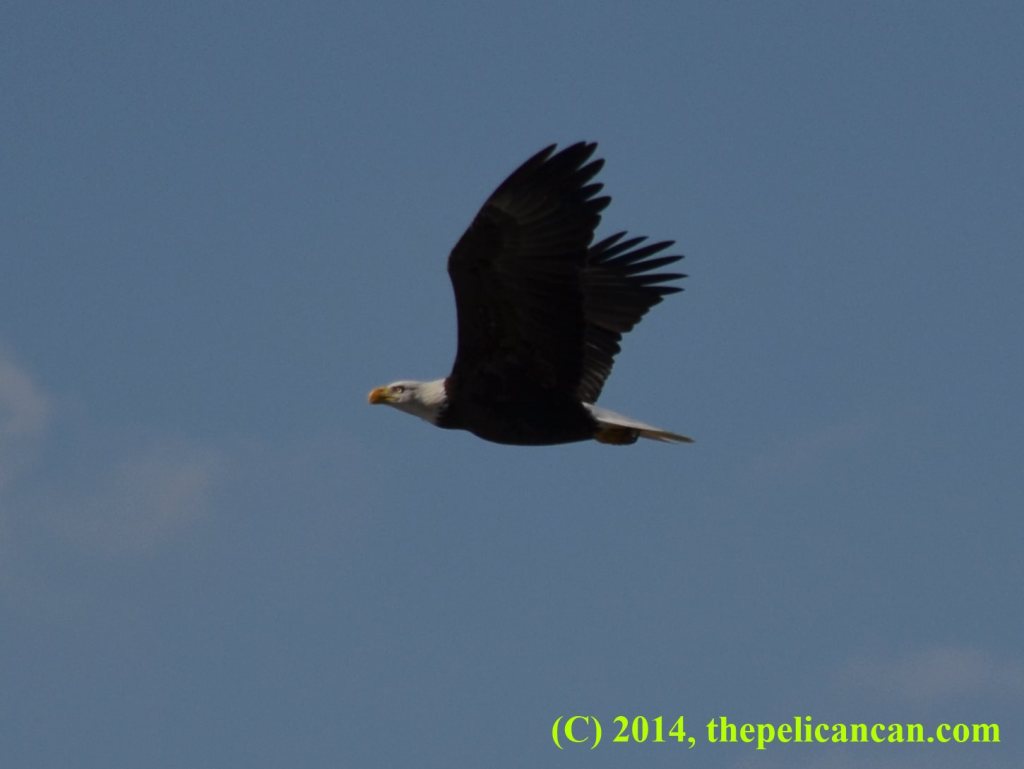 I arrived at Sunset Bay that afternoon thinking that watching four pelicans land way out by the far-away logs was going to be the only meaningful action of the day. I saw a pelican fishing squad, pelicans dispersing to logs and loafing areas closer to the dock, and a bald eagle.

K was extremely happy that she had visited that afternoon. 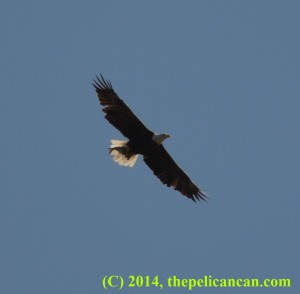 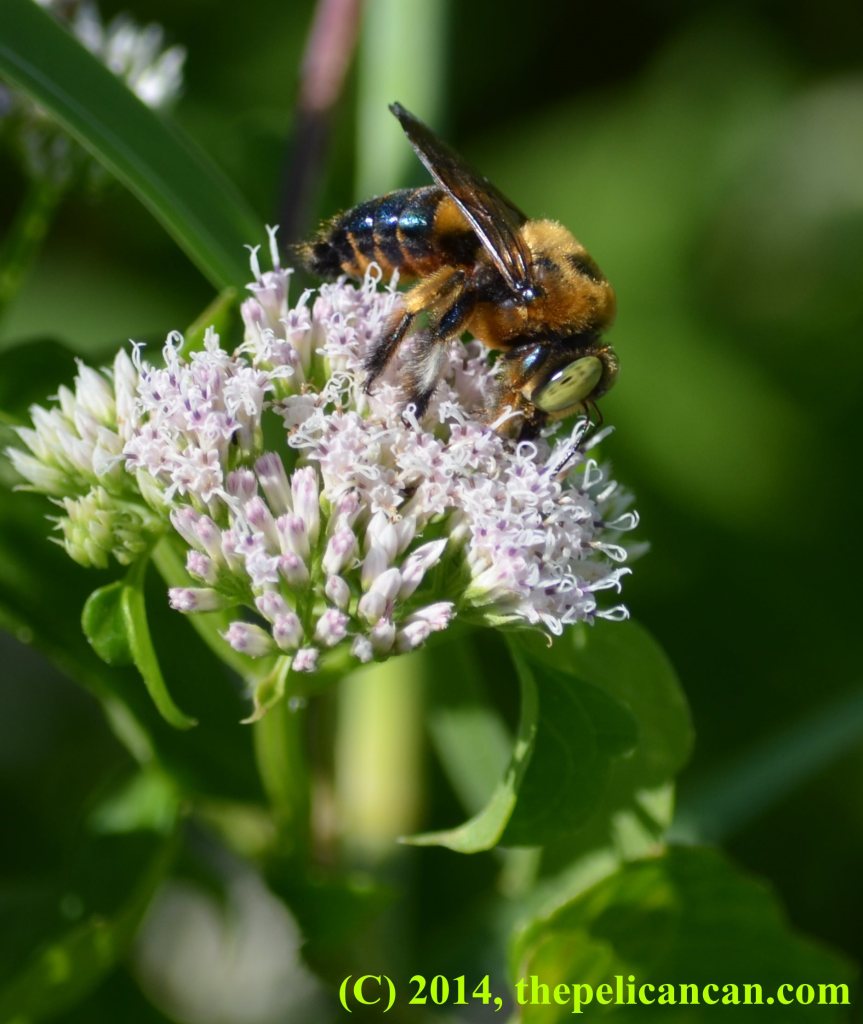 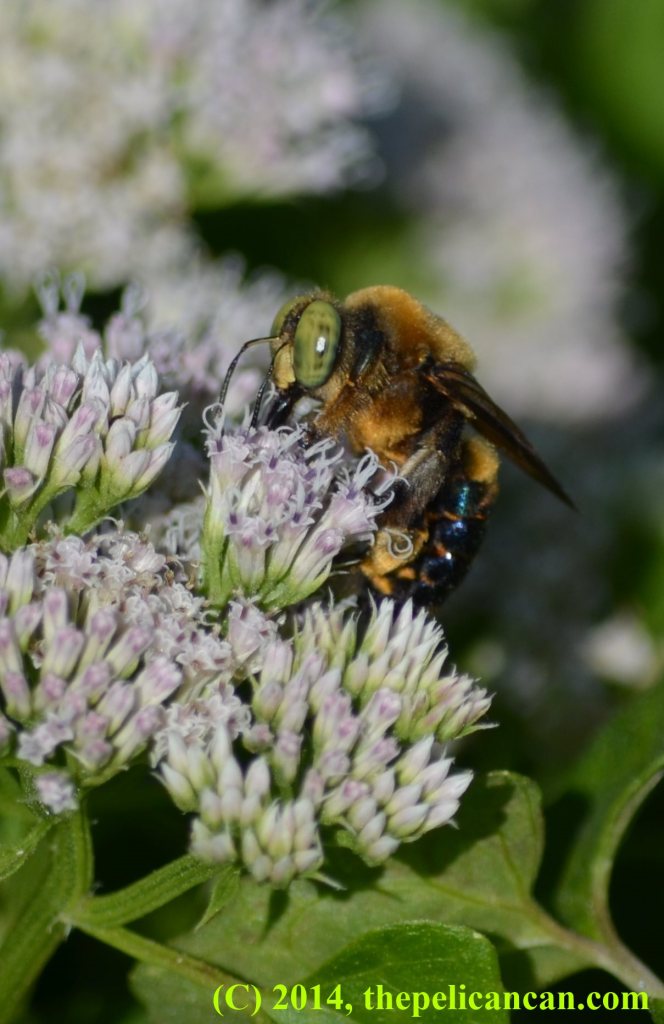 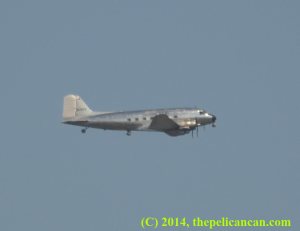